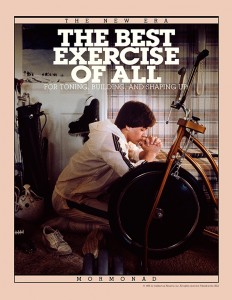 For the last couple of weeks, I’ve been setting a timer every time I say my evening prayers. This might sound like an absolutely terrible idea and, in some ways I guess it is. So before I tell you how that has worked out for me, let me explain why I would even consider such an idea in the first place.

It starts with the idea of the curse of success. I first encountered this concept in Milton and Rose Friedman’s Free to Choose. They wrote that when a policy or technology becomes successful, it can be known more for the hardships it illuminates by contrast rather than for the good it accomplishes. When everyone’s situation is universally awful, no one complains. When an imperfect solution makes the situation better for most but not all, it risks being vilified for the resulting disparity.

In some sense, the Church of Jesus Christ of Latter-day Saints suffers from the curse of success today. The success comes from the way that the Church is able to transmit the basics of its doctrine and moral code to our youth. Relative to other religions in the United States, at least, Mormons are the experts at this.

I draw this conclusion primarily from a the well-known study conducted by UNC researchers from 2001-2005 involving over a hundred researchers interviewing thousands of American teenagers. (The results of the study were published in a book: Soul Searching: The Religious and Spiritual Lives of American Teenagers.) Although many teenagers said that religion influenced their lives, researchers conducting in-person interviews found that:

many teens’ religious knowledge was “meager, nebulous and often fallacious” and engagement with the substance of their traditions remarkably shallow. Most seemed hard put to express coherently their beliefs and what difference they make.

Mormon teens were an exception to this rule, however. Researcher Stephen Vaisey said that “One of the groups that stood out from that to some extent were the Mormons. In general they tended to be more articulate about their religion, what their religion actually taught and what kind of religious constraints it placed on them.” These effects were not limited to merely articulation of their beliefs, however. Christian Smith, who led the research, said that in terms of “social outcomes” it turns out that “Mormon kids tend to be on top.” 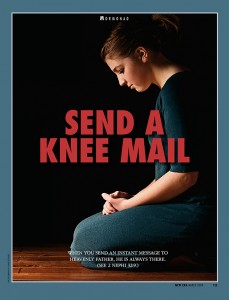 This is the success. The curse comes in when we take it for granted that churches ought to be good at transmitting beliefs and practices (which is apparently not true) and then ask why Mormonism doesn’t do a better job of transmitting more than it does. Where is the nuance? Where are the more difficult episodes of our history? Why are the lesson manuals so shallow? Why is the answer to every question always, “Pray, read your scriptures, go to church?”

These are serious questions. All is not well in Zion. I hope that we can continue to improve. But a change in perspective might be in order. Rather than scoffing (as I have done myself) that all we hear in Church is “pray, read your scriptures, go to church,” we might want to take a moment to marvel that repeating this message (or whatever else it is that we’ve got going) appears to be working. It represents a foundation to build on top of rather than an impediment to perfect inter-generational information transmission.

I can certainly say that the curse of success has played out in my own life. After many years of complaining that all we hear in church is the old, tired mantra I’ve recently come to realize how bad I am at enacting it. I’m too quick to take an excuse not to go to church when it arises. I don’t read my scriptures every day. And although I pray every day I can hardly claim to be “wrestling with God in mighty prayer.” (Alma 8:10, etc)

I became acutely aware of the gap between what I’ve been taught and what I actually do because of my continued attempt to set weekly goals for myself. I don’t have a love-hate relationship with goals. It’s more like a fear-hate relationship, and it dates back to the 2-year-long string of catastrophic goal-setting failures I refer to as “my mission.”

I’ve learned a lot about goal-setting, too, but I’ll save that discussion for another day. The point is that goal-setting has caused me to re-evaluate my self-perception downwards again and again for the last decade to the point where I realized that setting a goal of spending just 5 minutes in prayer every night would be moving up.

So that’s how I came to start setting a timer on my phone whenever I knelt down to pray a couple of weeks ago. I imagine that it still sounds like an absurd or sacrilegious idea to lots of folks, or at least hopelessly superficial. I had misgivings myself, but the plan fits with the ideal of trying to sift the sacred from the mundane. There’s not much more sacred than mighty prayer, and there’s not much more mundane than a timer. In any case, here’s what I found. 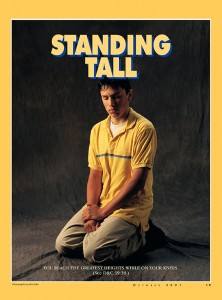 First, I found that knowing ahead of time that the next solid 5 minutes were going to be blocked out took away all pressure to rush my prayers. I’m routinely exhausted at the end of the day, and already thinking about all the things I have to work on when I get up in the morning, and so everything between me and unconsciousness feels like an obstacle to hurdle. But once I knew that—for the next 5 minutes—nothing else was going to happen I felt the anxiety melt away. I had time to think. I had time to talk to God, instead of just presenting a pro forma list of thanks and a prioritized, itemized list of requests.

Second, I found that the first few nights were the easiest. It was like I had a pent-up demand of things I’d wanted to talk about, and I easily kept going until my alarm quietly went off. I’d picked a soothing song as the alarm, and set the volume low, so it didn’t really bother me. I just turned it off and kept going.

Third, I found that it got harder before it got easier. After a few days of really sincere prayers, I found myself running out of things to say. But I decided that was fine: I would just stay there, listening, for at least 5 minutes. And I did. Only once did I check my phone to see if the timer was still going ’cause it felt like I’d been there so long. Most of the time, the quiet, peaceful reflection was almost as nice as the prayers itself.

Fourth, it did start to get easier again. It took about two weeks, but I started to really, really look forward to my little 5 minutes of prayer. It’s something I look forward to now.

I still think timing my prayers is a little weird, to be honest. I can’t imagine keeping it up forever. But this is just who I am: the kind of person who is so pathetic they need a timer to get better at prayer. I’m OK with that. After all: I don’t really have an option of being another way other than how I already am. It’s the starting point. I’m going to stick with this plan for now. Maybe I’ll start adding a minute or two now and then. I don’t imagine that this will make me mighty in prayer like a prophet of old, but it seems to be helping.

Pray, read your scriptures, go to church. I wonder how much those can define a life; if we just keep trying to do them better this week than we did the one before.

(I still try to have better questions for my Gospel Doctrine class, though.)

← In Your Heart and Mind
What to Expect When You Are Expecting . . . A Bishopric Call →

27 comments for “My Experiment with Five Minute Prayers”