This post is a follow up to my two previous posts As Much As I Know Anything and What It Would Take To Not Believe. I have to start out by clarifying something that I didn’t define well enough in a previous post.

I made the statement that we cannot not believe, but that depends on a definition of belief that isn’t universal and that I should have made more clear. Obviously we can choose to not believe in lots of things individually. But when I think about belief I have something more holistic and systemic in mind. Our really important beliefs tend to weave together in a web that makes it impossible for some strands to be pulled without having an effect on the entire fabric. At this point we’re not just talking about individual propositions. We’re talking about a world view, which is a cohesive whole that includes not just beliefs, but also values, emotions, and memories. I’m tempted to use the phrase “ecosystem,” but the term I like the best for this network of propositions and relationships between propositions is constructed reality. It is the working model we each have of the world around us. It governs not only what we think is true right now, but also what we think will be true in the future based on our actions and the actions of others. I went into much greater detail (and linked the topic to why I don’t watch Game of Thrones) on my own blog. It’s also something Nate Oman has written about.

So, while you can disbelieve this or that particular proposition, you can’t opt out of the idea of living within your own constructed reality. That’s what I meant by saying that you cannot not believe. Moreover, this constructed reality is going to incorporate plenty of direct sensory perception, but it will necessarily have to go well beyond what we can deduce from empirical observation. I don’t care if you’re following Kant’s epistemology or Chomsky’s linguistics: the input of our senses has to be interpreted before it can be used, and that interpretation rests on assumptions and patterns that logically precede the observations they are used to interpret. So it really does make sense to talk about this constructed reality as belief and our use of it as a kind of faith, in opposition to trendy scientific notions of falsifiable observation. Our constructed reality will include interpretation, induction, interpolation, extrapolation, prediction, and abstraction that cannot be proved empirically in practice or even in principle.

So as long we realize that we’re in the business of constructing our own realities, we may as well take a hand in shaping what those realities are going to look like. It’s certainly better than fooling ourselves into thinking that either (1) a purely objective observer can stand aside and allow his or her reality to be impressed upon him by the world outside without any interpretation or synthesis or (2) we can build a sufficient model of reality based only on quantifiable, empirical evidence and cold reason.

We’re in the business of constructing the reality we live in, and it’s a constant, never-ending process as we assimilate new data, unearth hidden assumptions, and only gradually realize that this attitude over here actually kind of conflicts with that assumption over there, so maybe we ought to reconsider one or the other or both to alleviate the contradiction. It’s a messy, organic, never-ending process.

It’s also a risky prospect. Francis Bacon said that “He that hath wife and children hath given hostages to fortune,” and much the same can be said of anyone who believes anything. To believe is to give your sense of reality hostage to the future; for you never know what future fact may come hurtling out of the dark void to wreck the beautiful symmetry of your little solar system of beliefs, hurling the planets and moons of your suppositions out of their orderly orbits like a rogue black hole. But the only thing more foolish than believing is trying to pretend we can get by without belief.

So we must believe. But in what? And, specifically, how does this theory of belief relate specifically to membership in this church or that?

I like to think about faith in a way that is as universal as possible. A model of faith that worked great at keeping me Mormon because I was born to Mormon parents but would also have kept me Catholic if I’d been born in another family is obviously not a universal model. I’m looking for something that works equally well at finding truth, remaining within truth, and leaving untruth. The two most important traits are open-mindedness and integrity, which operate in tension with one another.

Open-mindedness is obviously necessary: how can you find greater truth if you’re not open to the possibility that greater truth exists? This is clearly important for folks who haven’t found the Church yet (presuming the Church is true), but it’s equally important for those who are already members. This is because sometimes what we think the Church is and what the Lord thinks His Church is are not the same things. In those cases we need to be flexible enough to reformulate our conception of the Church we belong to. In that sense, even folks who are born and raised in the Church have to work just as hard to find it as those arriving from other faith traditions. Of course open-mindedness is also important (presuming the Church isn’t true) for folks to find their way out. 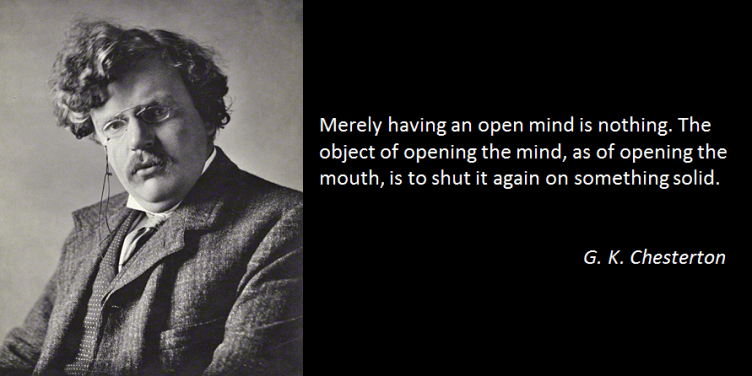 But open-mindedness alone is useless. It leaves us to be “tossed to and fro, and carried about with every wind of doctrine.” (Ephesians 4:14) What we also need is a sense of integrity like what Adam G. described in the comments to my post from a few weeks ago (#11):

Faith is a form of literal integrity, the determination that I will be a whole with my past selves. The me that prayed about the Book of Mormon and got a divine answer is still me, even when I feel like entropy is the only real thing.

This is why the idea of loss of faith does not resonate for me. If I were to lose the spiritual feelings that provide day-to-day sustenance for my testimony I would still consider myself honor-bound by prior experiences and also by covenant to remain with the Church. I’m not saying that I would be emotionally capable of enduring such a long, dark period of isolation, but it is not unprecedented. In 2007, many outlets carried the story of Mother Teresa’s long struggle with doubt. At the start of her ministry in the slums of Calcutta she wrote “Where is my faith? Even deep down there is nothing but emptiness and darkness. If there be a God — please forgive me.” Decades later she confided to a spiritual advisor: “Jesus has a very special love for you. As for me, the silence and emptiness is so great that I look and do not see, listen and do not hear. The tongue moves but does not speak.”

I don’t imagine myself capable of doing what Mother Teresa did, but in this case she did chart the course I would attempt to follow. I realize that we’re baptized at a young age, but we remake that covenant again every single week of our lives. For that covenant to mean something, we have to be willing to soldier on even after the immediate rewards and reassurances have ceased. That is the demand of integrity.

This is not to say that no one ought to ever break a covenant. We ask our converts to break covenants with their existing faiths to come join us. We cannot categorically rule out for ourselves what we ask others to do. But just as they break covenants for something greater, so too I believe that I ought never to break my baptismal or temple covenants unless it is not a step away from the Church but rather a step toward something else. And, given the depth of the commitments I have made, it would have to be something really awesome. I cannot imagine what it might be, and that’s why—as alarming as all this talk of leaving may sound—I don’t foresee any realistic chance of leaving. Sometimes faith that bends like the reed lasts longer, perhaps, than faith that is strong like the oak.

In any case: it’s all about growth. Even the whole paradigm of constructed reality that serves as my  model (meta-model?) today is an outgrowth of my long-ago belief in certainty. I have not ruled out certainty, and I haven’t discarded the correspondence theory of truth either. I see them as special cases similar to the way that Newtonian physics are a special case of Einsteinian physics. The concepts are not wrong. They are just insufficient. And so I cannot imagine a day when I would stop believing. Only a day when I find something new, something more to believe in. Even if the position I came to embrace included a universe without God or justice or reason or beauty, I would still at last have the existential ideal of a will towards the just, the rational, and the beautiful. I don’t know how long I would last. I think nihilism is pretty much what happens when existentialism runs out of gas. But for as long as I could I would bend my will in my futile rebellion with Sisyphus and Camus.

Ultimately we all have to believe in something. There will be an underlying principle to our actions, whether we see it as such or not. The real question is what we choose to believe in and, perhaps even more importantly, why and how we do our believing. Is it with eyes wide open, in awareness of the possibility of error? Or do we focus our attention on what we reject, so that our belief becomes a matter of unquestioned assumption and unreasoned implication?

And so here is my advice to those considering leaving the Church, based on my own thoughts for what I would try to do if it were me: if you go, go for love. Go because you believe you have found something better. And if you stay, stay for love. To the extent that you are able, do not react against something bad, but rather strive towards something good. 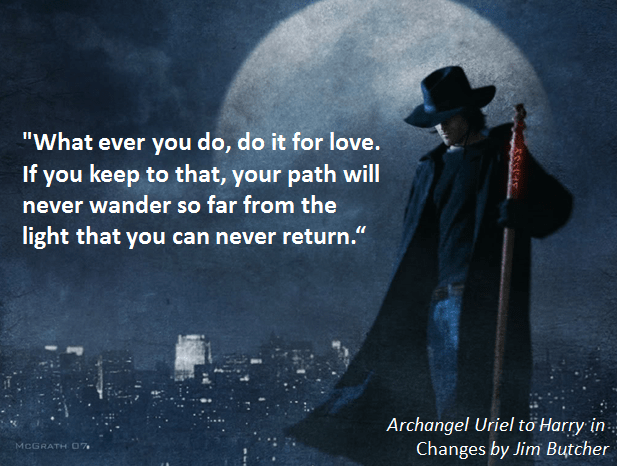 And here is my advice to those watching someone else leave the Church: don’t panic and don’t judge. Don’t judge for the simple reason that we can never know whether someone we love is walking away from the Church or walking towards something new they believe they have found. Don’t panic because even if the person is making a terrible, painful mistake God is mighty to save. All that is good and beautiful and true comes from Christ and will, in the end, lead us home again. If your friend or loved one is acting out of earnest love, I believe that God will recover them in the end. (Conversely, I believe that God will rescue me in the end if I’m the one who took the wrong path.) Some of us may wander from the path into error, but if we are earnest in our pursuit of what is good, I believe all will be well in Christ’s grace in the end. If we have faith, we need not fear for the eternal fate of Christ’s Church or God’s children.

14 comments for “Should I Stay Or Should I Go?”