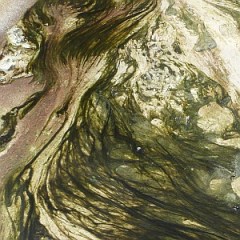 If I had to estimate what the median Mormon adult currently thinks about the origin of life, or the model that the church as an institution is most comfortable with, I would describe it as non-exclusive evolution through supernatural selection.That is, I suspect that three things inform the typical Mormon’s view of human origins:

When the church has issued formal statements touching on evolution, most doctrinal and rhetorical weight have gone towards insisting on the role of God, rather than into attacks specifically on evolution or on science. The language of biological inheritance—genes, chromosomes, genetics—is not infrequently used in General Conference addresses as unproblematic metaphors for things of spiritual significance. The article on DNA and the Book of Mormon that appeared recently on LDS.org didn’t need to blunt its discussion of population bottlenecks and other phenomena of human evolution. 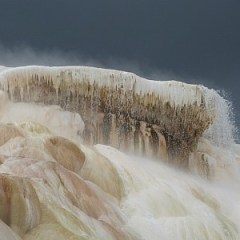 Another way to think about the question is: What is the minimum amount of hedging that a Sunday School teacher must do when stating a belief in evolution so that none of the other people in class raise objections? In two recent experiences, one in the Mormon heartland and the other far from it, all I needed was a strong affirmation of #1 and a passing reference to #3. (Specifically, what I said was that I had no interest in choosing between a car that had only a steering wheel and a car that had only a motor; I wanted a car with both.)

This model has implications for how Mormons approach evolution. It’s not difficult for Mormons to accept a vast cosmological time scale or intricate processes leading to biological life as long as they can be considered the unfolding of God’s will. There aren’t many obstacles to doing so; if God is tracking the flight of every sparrow, it’s not a great imaginative leap to see God directing the environments that drive evolutionary selection.

The model also predicts, however, that Mormons will be reluctant to accept the most strident forms of Creationism. Our instinct is to embrace scientific and technical progress unless religious taboos are implicated, and I don’t know many Mormons at the moment who are eager to reject modern genetics. Stridently anti-scientific Creationism violates our self-image of embracing modernity and our suspicion towards exclusivist demands. The failure to find acceptance within the church helps explain why youngish-earth creationists can feel just as marginalized and isolated as proponents of nontheistic biological evolution do, even in religiously conservative settings.

For the same reason, I suspect that attempts to establish a close articulation of evolution and Genesis will not fare well. Affirming the validity of both Genesis and an  evolutionary process that is in some way divinely guided is fine, but collapsing the two distinct discourses into one is regarded with wariness. Mormonism is, I think, committed to regarding life and the universe as intelligently designed, but the particular brand of scientistic Creationism that goes by the name of Intelligent Design doesn’t seem to be making institutional inroads. Quite apart from the scientific problems and any theological difficulties that might arise, I suspect Mormons will generally be reluctant to embrace changes in the current status quo of largely accepting multiple and largely distinct discourses concerning the origins of life. 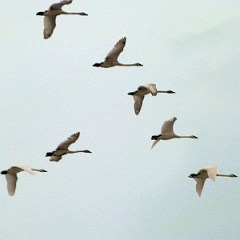 Having multiple ways to think about origins is very useful, as it allows us to maintain communication with a wide range of believers rather than excluding those on one side or the other. Making use of multiple discourses is also very normal. The late Middle Ages, for example, had at least four models of history that co-existed uneasily with one another, including chroniclers’ accounts of recent events, Christian salvation history, the non-Christian accounts of Greek and Roman historians, and the grand cosmic cycles of the Arabic astrologers. We maintain our dual discourses for the origins of life because we see the alternative as an impoverishment.

← The Ninety and Nine
Why Equality is a Feeling →