In my imagination there is a hall of records in the future Celestial Zion where anyone can review the mortal life of any other person as seen from their perspective. It is an imposing structure in its own right, one part great library and one part museum, but it lies in the shadow of grander and more glorious edifices. The business of Zion will be eternal progression, and so the hall of records receives fewer visitors than the other communal spaces of learning.

It is vast and solitary place. A person could enter and spend an entire day walking between the towering shelves on the buildings many levels. Outside the sun would roll across the sky, and inside that person would encounter only a couple of other souls, and those at a distance, as each quietly pursued answers to their own questions.

The shelves are loaded with the weight of a hundred billion human lives. The impressions, the thoughts, the fears, and the hopes. All that is learned and all that should have been learned. The fading echoes of all the confusion and glory and darkness of humankind’s brief but pivotal period of mortal existence reverberate quietly within that building.

Mormon 5:8 And now behold, I, Mormon, do not desire to harrow up the souls of men in casting before them such an awful scene of blood and carnage as was laid before mine eyes; but I, knowing that these things must surely be made known, and that all things which are hid must be revealed upon the house-tops—

It’s not hard to see that this vision can’t be taken seriously as a literal belief. I was a child of the 1990s, but most of my science fiction novels came from the used section of my grandfather’s bookstore where the selection lagged by about a decade. So I grew up reading science fiction of the 1980s, written before the Internet, the iPod, and the Cloud cemented in public consciousness the distinction between intangible information and physical media. Those stories are full of “data crystals,”  “data cubes,” and “credit chits”: the futuristic versions of floppy disks. Even as a visual metaphor the whole concept is outdated. And yet. 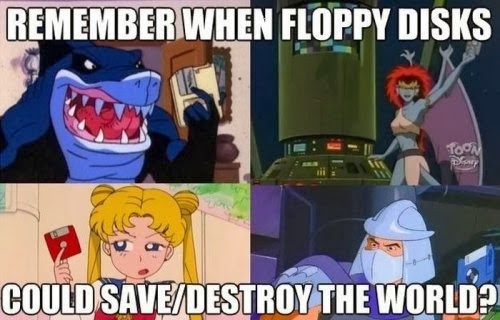 My conception of the future was set in the 1990s by fiction written in the 1980s.

And yet I carry the vision around with me as a challenge. More than anything else, my father taught me about the ideal of integrity. There should be no compartmentalizing or rationalizing. In every status and role of life we ought to draw from one unified pool of principles. The idea that everything I do and the reasons why may one day be available for the perusal of everyone serves as  a constant reminder to make consistent choices regardless of what others may know (or think they know) in this lifetime.

Book of the Revelation of St. John 20:12 And I saw the dead, small and great, stand before God; and the books were opened: and another book was opened, which is the book of life: and the dead were judged out of those things which were written in the books, according to their works.

But I will admit that to me the idea is more important as comfort than as challenge. I’ve talked about the idea with people from time-to-time, and the universal consensus is that it’s very, very weird. Voyeuristic. Who wants to go and watch the details that played out in someone else’s life? Wouldn’t that be a squicky violation of privacy, to put it mildly?

Of course I see that aspect, but to me it misses the point. I can’t help but believe that so many of us struggle in isolation with fears and demons that are more common than we realize. Our demons feel larger when we feel that we alone struggle under their weight. I wonder how much heartache and sin comes as a result of people not realizing that their temptations are not unique and their struggles not exceptional. There’s a risk of falling in love with what we think makes us distinctive and special, even if it is darkness. 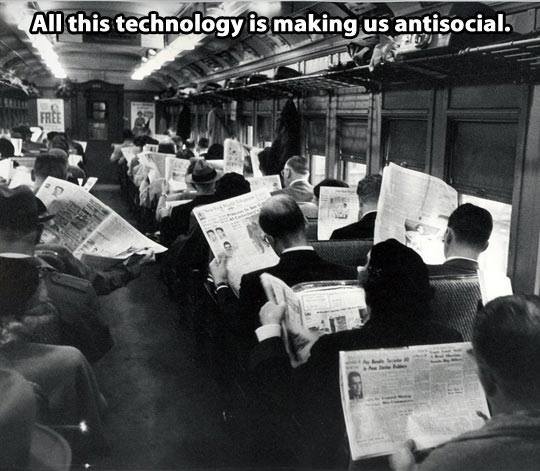 Back when we only had illuminated manuscripts people understood the value of the printed word….

I don’t think this is a mistake, either. I know that on my mission there was a concept of keeping some things locked in a trunk in the mental basement because oversharing within companionships tended to just makes things… weird. Perhaps we must be guarded in this life, if not outright propagandists. Information control is a necessary a part of mortal life, perhaps, but I like the idea that it’s part of mortal life only. That’s it’s not an eternal condition.

The primary problem with loneliness in mortal life is that problem of information asymmetry. The people around us probably have similar interior lives—similar embarrassments or vices or fears—but we can’t really be sure. The vulnerability of opening up unilaterally is too great. That’s why the only real honesty you see on this topic is in the context of anonymity. 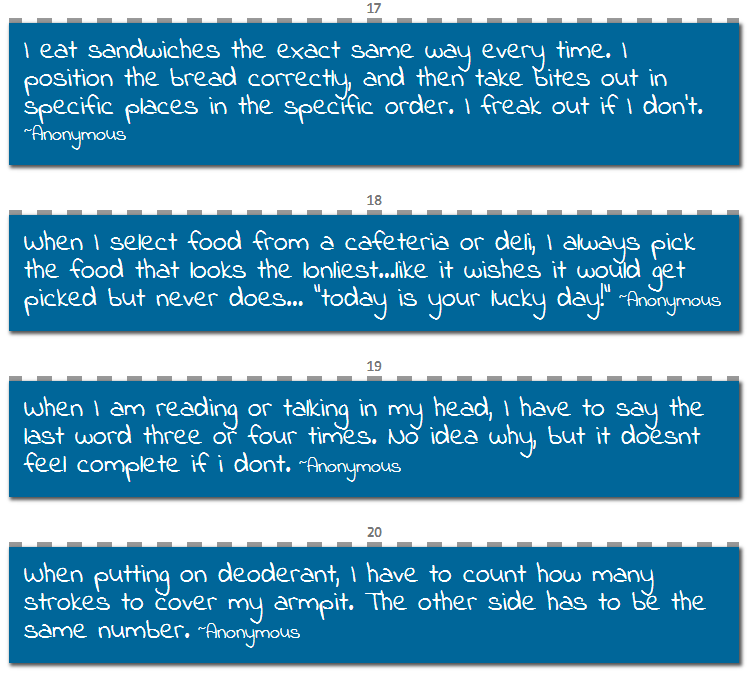 It’s funny, but also a little sad, the number of purely innocuous things people do but don’t talk to others about.

Sometimes we hurt people and there’s no way to truly make amends. No way to even speak of the wrong we’ve done without compounding it. No way to convey the sincerity of our apology. No way to separate the desire to apologize from the appearance of ulterior motives. I am not thinking here of any great or profound injuries, but just the common misunderstandings, misstatements, and missteps of an ordinary life. They may be small relative to grievous injury, but they are large relative to the possible perfect unity of Zion. They are the seeds of abandoned friendship and severed relationships, of awkward silence where once there was burgeoning communication between open hearts.

D&C 128:7 You will discover in this quotation that the books were opened; and another book was opened, which was the book of life; but the dead were judged out of those things which were written in the books, according to their works; consequently, the books spoken of must be the books which contained the record of their works, and refer to the records which are kept on the earth. And the book which was the book of life is the record which is kept in heaven; the principle agreeing precisely with the doctrine which is commanded you in the revelation contained in the letter which I wrote to you previous to my leaving my place—that in all your recordings it may be recorded in heaven.

The idea that one day my life would be open for public view is comforting to me simply because it seems like the price of admission to a world where we would see each other as we are. Where there would no longer be a constant need to guard and spin our communications to manipulate what others believe about us. When all is revealed there is no more reason to hide.

That’s why I tend to envision the hall of records mostly empty. I think it would be unhealthy to carry on a fascination with what happened in our mortal lives for eons into the future instead of focusing on the new and thriving relationships we would then have. I don’t imagine any kind of ongoing hall of records either. It is only our mortal probation that would be revealed, a kind of communal post-traumatic therapy session. From the mortal perspective we all are born and then die alone. But that means that the two most profound experiences of mortality are universal. If only we could talk about them, and about all that happened between.

Isaiah 52:8; Mosiah 15:29; 3 Nephi 16:18 Thy watchmen shall lift up the voice; with the voice together shall they sing: for they shall see eye to eye, when the Lord shall bring again Zion.

The imaginary hall of records may be a crude and childish solution to the problem of loneliness. But at least it is a solution to the problem. Since it is the best that I can imagine, I will go on imagining it until I can conceive of something even grander. I don’t know what Zion will truly be like, but for now I keep the hope alive that one day I will see and know for myself.

← Responding as Mandela
The Wrongness of Being Right →

21 comments for “Zion, Mortal Loneliness, and The Hall of Records”