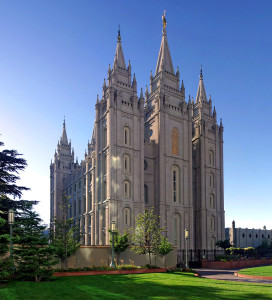 As Mormons, we practice a faith full of ritual ordinances. We are taught in scripture that some of these ordinances, like baptism, are necessary for salvation. We are also given very specific instructions for performing these ordinances, and failure to execute them properly seems to nullify their efficacy. Taken together, the precise instructions for carrying out ordinances and their eternal significance seem dischordant. When we are immersed during baptism, does the water actually do something? If not, why is it so strictly required? I know of three three conventional attitudes to this problem.

The most straight-forward is to believe that our actions in conducting ordinances actually work to bring about the effect of the ordinance. So, when the sacrament is blessed, the words themselves (in the presence of the proper priesthood as a catalyst) bring about the effect of sanctifying the bread and water. They are changed in some metaphysical sense. This, in all seriousness and gravity, is the magical view of ordinances. They work exactly like spells in Harry Potter. You have to have the power (wizarding blood in Harry Potter or the priesthood in real life) and then you have to say the right words and if both conditions are met: something happens.

There are clearly problems with this view, however. It requires some very speculative metaphysics to explain, for example, what role water has in the baptism that allows sins to be washed away. It’s also strange to believe that the exact wording of the sacrament prayers has some kind of causal impact when we remember that those prayers can be offered with equal effect in dozens and dozens of totally different languages. My impression is that this perspective is the default in Mormonism, but that we simply don’t try to create the metaphysical framework that would be required to complete it and leave it as a mystery. (The prevalence of this view probably has to do with Mormonism’s historical relationship to scriptural literalism.)

The second is an extension of the first, and it holds that there’s no direct relationship between the outward acts of ordinances (the water in baptism or the words in the sacrament prayer) and the ensuing result, but rather that it is our obedience to the rules (whatever those rules may be) that causes the effect. Either obedience itself is the necessary ingredient or God simply exercises His power when He is satisfied that the proper forms have been followed. Neither of these approaches seems satisfying. We’re either stuck with even more metaphysical speculation (to work in obedience as a fundamental principle) or we’ve reduced the efficacy of ordinances to divine fiat, which is incompatible with the way we talk about priesthood power. This is a fallback position when the problems in the first position become too intimidating. 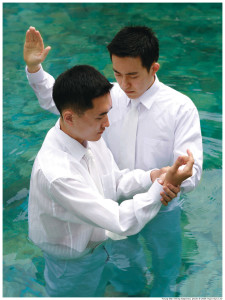 I would like to propose an alternative that, for lack of a better word, I call soft metaphysics. It consists of two claims. First, I think that reality is greater than the sum of its physical description. Second, I believe that performative acts in ordinances can influence that reality in truly causal ways.

This may sound abstract and technical. Rather than try to explain what I mean directly, I’d rather just give one example. I’ll use the Mormon concept of “sealing”.

The lesson in my ward for today was The Hearts of the Children Shall Turn to the Fathers. It contained this quote from Elder Holland:

No family ties would exist in the eternities, and indeed the family of man would have been left in eternity with ‘neither root [ancestors] nor branch [descendants].’ Inasmuch as … a sealed, united, celestially saved family of God is the ultimate purpose of mortality, any failure here would have been a curse indeed, rendering the entire plan of salvation ‘utterly wasted’.

This is a very odd claim. In what sense can a family tie be said to be destroyed? Obviously we’re not supposed to envision from Celestial secret police breaking down doors and physically removing individuals from family units who lack the proper authorization. So, presuming for a moment that we’re talking about a family unit that has made it to the Celestial Kingdom, why is sealing necessary to continue the family relationship? Could not a couple who were husband and wife on Earth simply say “Hey, let’s stay together” and then stay with each other and live as a married couple? Would that not be enough? I hardly imagine that I would think of my own parents as somehow no longer my parents just because the record of our sealings were lost, or it turned out the individual performing the ordinance was an impostor. So let’s just set aside the implied metaphysics (that there’s some kind of undetectable but objectively real substance that defines family bonds) and just think about what a family unit really entails.

There are basically two requirements. First, everyone involved has to want to be part of the family. Second, everyone has to know that everyone else involves wants to be a part of the family. That second element seems subtle, but it is actually of vital importance. Imagine a man and a woman who love each other as husband and wife (fulfilling the first requirement), but who haven’t communicated that to the other. Until mutual bonds of affection and loyalty become common knowledge, those bonds are not enough to make a family. (I realize that this definition varies substantially from the Earthly one, where siblings are stuck in a family regardess of their feeling, but we’re talking about the voluntary preservation of those bonds in the next life.)

So, if you wanted to create a situation where a family continued, you would naturally want to create a simple method for everyone in question to publicly and unequivocally convey their desire to be part of the family. It would be necessary to have just one and only one method to avoid confusion, and it would have to be sufficiently removed from every day experience that people wouldn’t just stumble into it on accident. In addition, you would want it to be costly. If it costs nothing to say “Yeah, sign me up” then can you really trust that people are fully committed? If, on the other hand, it requires the sacrifice of all things then you can know that the people who make and uphold that covenant do so with real intent. 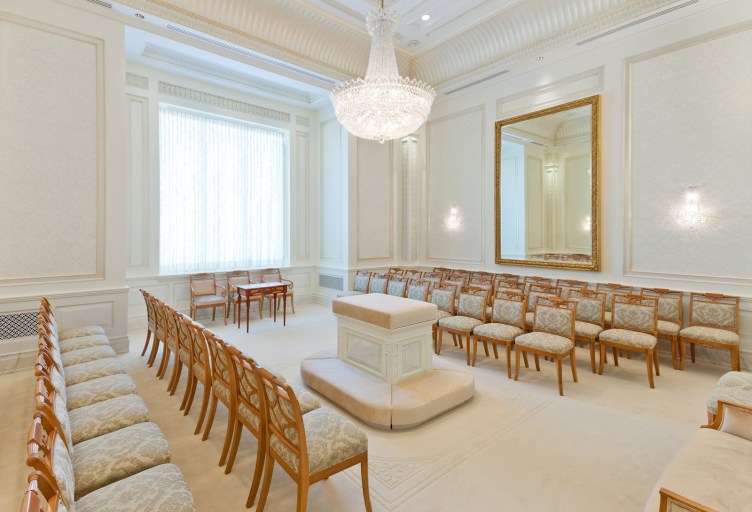 In other words, even if we completely ignore any kind of metaphysics, we end up with something that looks a lot like ordinances anyway. Despite the lack of metaphysics in the traditional sense, however, this description goes beyond mere symbolism. As I said: reality (in the sense of ‘the things that really matter’) isn’t just about a description of physical objects. It also depends on the minds of people. You can’t measure family bonds with any scientific instrument, but they exist in the emergent reality of a society of human minds. When the members of a family all know that that they love each other and want to be united as a family, then that knowledge actually changes the fabric of reality. We are not just labeling a group of people a family, we are literally creating family. That’s why, for lack of a better term, I call it soft metaphysics. (I may have better terminology when I finally heed my father’s counsel and finish J. L. Austin’s How to do Things with Words.)

I do not believe that this perspective is enough to explain everything about ordinances. The metaphysics of family relationships are great, but what about the real physics of getting a resurrected body? I’ve got nothing for that. But this perspective does helps me understand how it is that our participation in ordinances can have a real impact on the result without getting into strange questions about the relationship between H2O and sin. It also helps make a lot of sense of some historical questions that I know have been troubling for many. It doesn’t matter very much what the ordinances are, just that there are ordinances. So, for example, if Joseph Smith pretty much copied a bunch of rituals from the Freemasons, who cares? You could presume that they actually maintained intact the authentic rituals from the original Temple of Solomon, but it seems more direct and pragmatic to just assert that Joseph Smith borrowed what he needed to get the job done.

And that is enough.

74 comments for “The Metaphysics of Sealing”