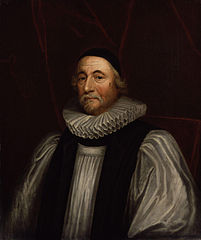 According to Bishop Ussher and his famous calendrical calculations, on Oct.23 4004BC, God said “let there be light” and created the Earth. That makes today the Earth’s 4004+2013=6017th birthday, and a new year.  While I suspect most YECs today don’t strictly follow Ussher’s chronology due to its flaws, the impulse is certainly present among certain LDS to engage in speculative  (and poorly titled) calculations based on certain assumptions about scripture, which I find untenable. Hanging heavy weights on slender threads, as B.H. Roberts might have said.

While I have personally met very few YECs in the LDS Church, they have certainly been present. The most influential YEC was certainly Joseph Fielding Smith, whom we study next year in PH/RS. He expressed his views thusly (my emphasis).

I will state frankly and positively that I am opposed to the present biological theories and the doctrine that man has been on the earth for millions of years. I am opposed to the present teachings in relation to the age of the earth which declare that the earth is millions of years old. Some modern scientists even claim that it is a billion years old. Naturally, since I believe in modern revelation, I cannot accept these so-called scientific teachings, for I believe them to be in conflict with the simple and direct word of the Lord that has come to us by divine revelation.- Answers to Gospel Questions, 5:112 (This appears to date to 1959.)

Notably, it appears that none of his very strongly held views on the subject of “science vs religion” appear in the manual to be studied next year, a testament to both the incredibly flattening and sometimes positive powers of correlation. You realize, of course, that we are studying the  Old Testament the same year we study Joseph Fielding Smith, with few of his strong views on the subject included? We live in interesting times.