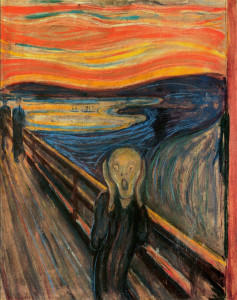 I often heard, growing up, that teenagers think they are immortal. I always thought this applied to other teenagers. For the most part I didn’t get into the sorts of shenanigans that make adolescence famous. I felt I had a perfectly rational aversion to death and dying that manifest itself in, among other things, a general trepidation about learning to drive. Passing other cars at a cumulative speed of 100mph with only a few inches and some yellow lines as separation is still a kind of scary thing, I think, if you stop and consider it.

It wasn’t until I was nearing my 30s that I for the first time encountered a new and heightened fear of death. It forced me to reconsider whether or not the old saying had applied to me after all. I remember the specific day–an ordinary week day after an ordinary day on the job–when I lay on my bed for a few minutes in the afternoon and the thought suddenly occurred to me: one day I will die. This body, with which I have grown so comfortable, will cool to room temperature. If I were to die right then, my heart to simply cease striving for one beat after the next, it would take minutes or even hours for my wife to find my body. I pictured her shock, horror, and sadness as she found me–but not me–inert and unrespsonsive. There would be nothing I could do to assuage her. Everything I’ve done in my life I’ve done with my body, what can I do without it? That was the part that haunted me the most. It felt–it still feels, if I probe it like an aching tooth–like a psychological version of claustrophobia. Like the time I crawled too far into a sleeping bag, tried to turn around, and for a few panicked moments was completely trapped.

Of course I have my faith, but faith can be tentative. Death is certain. I learned a new kind of fear that day, and it oppressed me for weeks as I sat rocking my newborn daughter, thinking about her life after my death. It has faded into the background, but the feeling haunts me still.

I also often heard while growing up the explanation-as-argument that religion is basically just a vast exercise in wishful thinking and death-denial. Unable to confront the reality and finality of our own mortality, humans cling to fables that bear the promise of a life after this one. Before I was visited by the specter of death this seemed unconvincing because fear of mortality just wasn’t a strong motivation for anything that I did in my life. Afterwards, however, it continues to fail for a new reason.

The reason is that, for me at least, it’s not the fear of death per se that truly frightens me. It’s the fear of nothingness, against which religion offers me no particular advantage.

For as long as I can remember I’ve had two passionate intimations or feelings. The first is that this Earth is not my home. It’s something I feel at a level deeper than words, and that I think I would believe even if I had never heard the doctrine of pre-mortal existence. The second, perhaps as a mirror image, is an absolutely visceral fear of never.

When I was about 5 years old and lost my first tooth, I was as excited as any other kid to put it under the pillow and wait dutifully for the tooth fairy’s traditional exchange. But when I woke the next morning to discover the coin beneath my pillow, I was gripped by a horrified realization that my tooth–which had been part of me–was gone forever. The idea was so traumatizing that it reduced me to inconsolable tears. My poor dad had to wade through our trash (as I found out later) to retrieve the discarded tooth and return it. Once I had it back, I was able to avert my gaze from the abyss of nothingness. I stopped caring about the tooth and lost it shortly thereafter.

I had a similar experience when I was 7 years old on one particularly beautiful September day. I have always loved early fall more than any other time of year, and my favorite thing to do then was to swing on a cloudless day, listen to my feet brush the dry leaves on the ground, and stare up through bare branches into the vast sky. This afternoon, however, I was seized by a sudden intimation that such days are finite. There was a tightness in my chest as I realized that this day, like so many before, was slipping through my hands and there was nothing I could do. It was as though the abyss had opened up beneath me once more, and again I was reduced to tears.

This time, however, there was nothing my parents could give me to take the terrible sense of loss away.

It might seem like a belief in life-after-death would be at least a partial antidote to nothingness, but it is not. The reason is that if you truly understand the immensity of the concept “infinity”, you will understand that every other concept, experience, object, or entity of which you can conceive dwindles to nothingness when placed in the context of forever. This realization bothered me so much that, to motivate myself as a young missionary, I invented a curtailed theory of heaven. I realized that the problem was simply my inability to comprehend these ideas, and so I just decided that whatever the absolute coolest thing I could think of was, I ought to focus on that. I decided that getting all my friends and family into a spaceship and exploring the universe was about the coolest thing I could think of doing, so that was my stand-in for heaven. How long would we explore? Well, forever would mean that we’d visit every single star a trillion times over and still have spent literally 0% of the time remaining, so I just tried not to think about that. (Making infinite stars to visit makes the problem worse, not better, in my mind.)

The simple point I’m making here is that religion, for me, doesn’t do much to assuage my existential dread. Nothing I can imagine does. If our existence is finite: we must one day fall into the void and be nothing. If our existence in infinite, then we instead fade slowly, eon by eon, until everything that we have ever been able to imagine or conceive is reduced to a speck lost in an ocean. I cannot ever imagine making the decision, voluntarily, to end my existence, but I’m also terrified of the fear of anything going on and on and on without end. (Even the lyrics of “If You Could Hie to Kolob” freak me out.)

My mum took me and my brother to England when I was 8, and my grandfather bought us some army men. I remember holding one of them in my hand in the little fish pond behind their apartment, raising and lowering it in the murky water and watching as the colors faded to dark the deeper it went. Solemnly, I opened my fingers and it slipped through them. I watched as it fell deeper and deeper–deeper than I’d been able to reach with my arm–and was lost in the depths. Gone forever.

Looking back I see this for what it was: a sacrificial offering. I had succumbed vicariously to the call of the void, that feeling I get near high places that seems an almost irresistible urge to throw myself into thin air and fall. It was a token offering to the abyss to buy myself peace.

I don’t think anything does. Even at a spiritual high when I feel absolutely certain I will be greeted by loved ones after my last breath, the idea of a happy-ever-after is still something I have to take on blind faith, for I cannot see how such a thing could be possible. 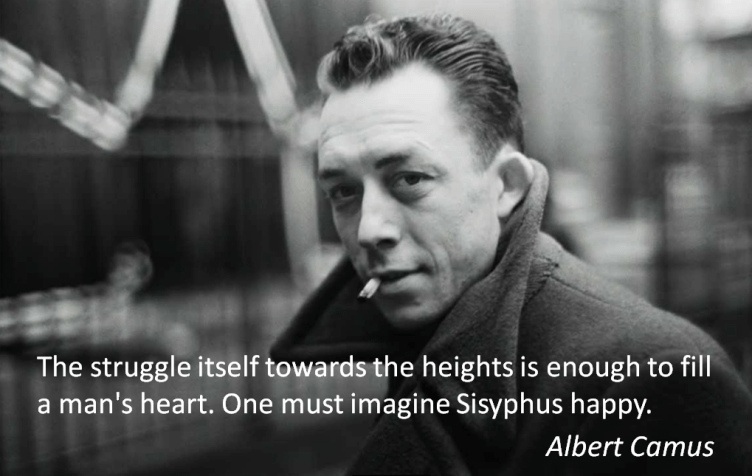 17 comments for “The Abyss of Nothing and Everything”