Just because you heard it at church, doesn’t make it true or mean that you must repeat it.

Sometimes people say things in church that are just plain not true. I’m not talking about intentional lying or careless use of the word “literally.” I’m talking about misinformation and honest mistakes.

In one Sunday evening devotional (an instance of accuracy trumping heritage means these are no longer called firesides; too bad: I think the meetings could only be improved by a good bonfire), a lovely man sitting in front of me explained in a very authoritative way what it means to separate the wheat from the tares. Unfortunately, he was describing the threshing of wheat, in which the grain is separated from the chaff, not the way that weeds look just like the plant you want to grow when they little sprouts, and that you can’t really tell the difference between the two until they are fully grown. 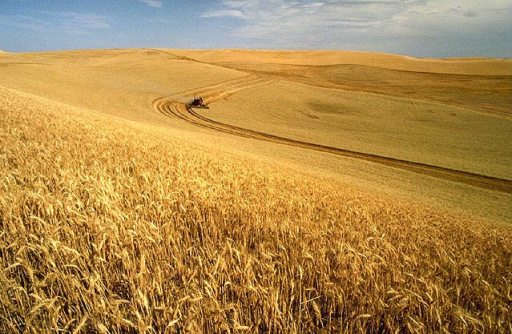 White and ready to harvest. Thank goodness for Roundup so we can avoid tares and the combine so we don’t have to worry about threshing away the chaff.

What do you do in a case like that? He was being very sincere, trying to edify the group. To pipe up and say, “Actually, you got your wheat based analogies mixed up” would not only be unproductive (and pointless, because, really, the comment didn’t matter that much), it would kind of mean-spirited. I said nothing then, but here I am writing about it now, so the annoyance has clearly stuck with me, and I don’t know the best way to dispel it.

Or there is the story of the frog in boiling water. I have heard this little chestnut more times than I can count at church or some church-related setting. You know the story: A frog plopped into boiling water will immediately hop out to safety, whereas a frog eased into comfortable water that is gradually heated to boiling will not notice the dangerously rising temperature of the water until he is already frog soup. So don’t you get comfortable with that little sin you’ve indulged in, because that is the slip-n-slide to damnation, my friend. 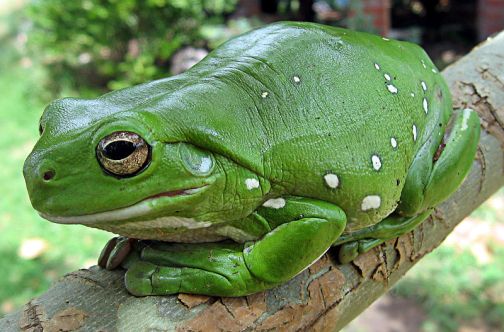 You can tell, he’s just looking to get in some hot water.

The problem is, this hypothetical amphibian scenario is no more likely to happen than Kermit the Frog is to be the spokesman for Doc Hopper’s Frog Legs. As Dr. Victor Hutchinson, Research Professor Emeritus from the University of Oklahoma’s Department of Zoology says in this Snopes article,

“The legend is entirely incorrect! The ‘critical thermal maxima’ of  many species of frogs have been determined by several investigators. In this procedure, the water in which a fog is submerged is heated gradually at about 2 degrees Fahrenheit per minute. As the temperature of the water is gradually increased, the frog will eventually become more and more active in attempts to escape the heated water. If the container size and opening allow the frog to jump out, it will do so.”

Of course, Dr. Hutchison could be wrong, although he appears legit according to a quick google search. To know for sure, I could try this principle for myself. I’ve got a pot and water and stove; all I need now are a few frogs. Unfortunately for this potential scientific inquiry, my feelings towards frogs are rather in line with the alien-consciousness enhanced Elliot. “Save them.”

Now, I don’t think a story has to be true to be good and instructive, but let’s not pass them off as established fact when they are, in fact, no more than simple thought experiments or instructive parables. And please, unless it was a parable attributed to Jesus, can we please retire some of these tired stories? Because it may be that repetition of the same story yet again may be just as wrong as the wrongness of it.

So what are your contenders for church promulgated things that should be allowed to fade quietly into the night? Is it knowledge in the fibre of your being (not Metamucil), or that poem about the lanyard that was good in a cheesy way the first time you heard it, but it now makes you shudder as though you’d caught a good whiff of Limburger? (BTW, the poem sounds better when performed by Billy Collins that I’ve ever heard it presented in sacrament meeting. It really is a nice little poem.)

So submit your suggestions. But under no circumstances are you to troll through the list, gathering nuggets to be compiled into your next talk or long-winded Sunday School comment.

69 comments for “Just because you heard it at church, doesn’t make it true.”