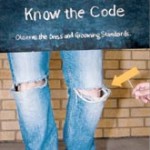 There are five things you should know about the BYU-Idaho dress code. The first thing—that BYU-Idaho has a dress code—is probably redundant, since that seems to be the only thing that people outside of Rexburg hear about BYU-Idaho. And if you do visit the university, the dress code is the one thing you can’t help but notice, thanks to the many reminders posted around campus in the form of unwaveringly cheerful placards, seemingly designed by George Orwell while popping valium in the lotus position. In case you missed all that, now you know: BYU-Idaho has a dress code.

The second thing you need to know is that the dress code serves the university’s institutional mission. BYU-Idaho sees its mission as including pre-professional socialization (no bib overalls!), while another part is the education of Mormon students in the environment of Mormonism, and Mormons have some fairly clear ideas about what constitutes proper attire. The dress code is one way of reinforcing students’ Mormon identity, so it isn’t going to disappear—and arguably shouldn’t disappear—because it helps BYU-Idaho do the things that the university sees as most worth doing.

The third thing you need to know about the BYU-Idaho dress code is that it helps keep tuition low. If we think of the BYU campuses not as private universities but as the public university system of the Mormon nation, what stands out is how financial support for the BYU campuses remained strong while it was declining precipitously at most state colleges and universities. Higher education in the U.S. has come to be seen primarily as a private good, with most benefits accruing to the college grads in the form of higher salaries and access to better careers, and so the primary beneficiaries have been asked to shoulder more and more of the costs. One could alternatively look at higher education as a public or community good, with benefits that accrue to society at large in the form of increased innovation, a more efficient work force, and a more capable citizenry.  That seems to be the view taken by the church concerning its universities, at least to judge by its continuing support for them. One reason that the church continues to take that view is that when church leaders visit the campuses, they see students who look like community members whose educations will benefit the community as a whole, rather than opportunists looking to grab the benefits of a subsidized education and then disappear into the sunset, galloping toward Babylon. As following the dress code is an observable sign that students are intending to remain within the community and follow its norms, the BYU-Idaho dress code is one way to keep funding from SLC flowing towards Rexburg, keeping the university in business.

You need to know the fourth thing in order to understand the fifth thing. Personally, I found the dress code to be mostly a minor annoyance. I usually didn’t notice if students were in compliance with all the details of the dress code. Were socks required? Sandals forbidden? I never could remember. The only time I ever said anything to a student involved asking a young man to hitch up his trousers, which had slipped to an unseemly depth (if you’re relying on underclothing to cover your plumber’s cleavage, you’re doing it wrong). I don’t particularly enjoy wearing ties, but BYU-Idaho is far from the only employer that requires male employees to wear a tie, and the slight annoyance of finding a tie each morning wasn’t worth worrying about. I do wish that the campus would end the pointless prohibition of very normal items of clothing like capris or shorts, as it was sometimes aggravating for my wife to feel like a rule-breaker if she came up to campus on hot days.

The fifth and final thing you need to know about the dress code at BYU-Idaho is this: if you can’t possibly adapt to it, then do not apply to BYU-Idaho. There are other options. As part of the student honor code, the dress standards have consequences. If your eyes roam to your neighbor’s exam during a test, of if your approach to essay writing includes culling paragraphs from Wikipedia, your professor or another student might notice and say something; the dress code is no different. For most students, the dress code won’t ever be an issue. For most students who do brush up against it, rolling their eyes and saying, “Whatever, dude,” twice is all that’s required. For a few students, investigating the 3,999 other providers of higher education in the U.S. may be a better option.

← Just because you heard it at church, doesn’t make it true.
Literary DCGD #37: Lines suggested by reflections on Joseph Smith →