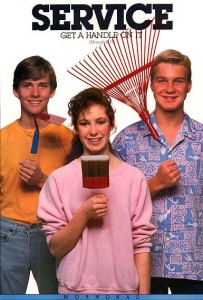 Our Mormon faith places a great deal of emphasis on obedience, and to great (and mostly positive) effect. It’s quite common, especially in the Bloggernaccle, to fault the Church and its members for being too conformist, and as I’ve written there is some legitimacy to those complaints. But I’ve also been struck in my life–more and more as I get older–that the Church of Jesus Christ of Latter-day Saints as it exists in practical reality does a pretty darn good job of making decent folk and/or making folk decent. There’s a culture of practical service that is easy to take for granted as it is pervasive. It also invariably fosters a perception of obedience as being defined by outward, practical behavior.

Come unto me, all ye that labour and are heavy laden, and I will give you rest. Take my yoke upon you, and learn of me; for I am meek and lowly in heart: and ye shall find rest unto your souls. For my yoke is easy, and my burden is light.

Be ye therefore perfect, even as your Father which is in heaven is perfect.

In what sense is a command to be perfect an easy yoke or a light burden?

I’ve come to view this tension not as an insoluble contradiction, but as a dialectic. We’ve already stated the thesis (Matt 11, an easy burden) and the antithesis (Matt 5, an injunction to be perfect). The synthesis is most eloquently stated by President Ezra Taft Benson:

When obedience ceases to be an irritant and becomes our quest, in that moment God will endow us with power.

I call this idea “aspirational obedience.” It consists of two basic principles. The first is an inversion of the assumption that we can be perfect right now with an acknowledgment of the fact that we aren’t. I think that most often guilt, as experienced as a painful emotional reaction to our shortcomings, is an expression of pride. It is a symptom of our unwillingness to accept the reality of our flawed and undeveloped character. The rhetorical, “I can’t believe that I did that,” is in fact literal. We can’t believe–which is to say we refuse to believe–that we aren’t as good as we imagined ourselves to be. From that prideful mentality, perfect obedience is the baseline, and every deviation from it is lamentable failure.

The problem is that having perfect obedience as the baseline is insane.

Something else I’ve noticed about our practical religious culture is that there’s a great deal of emphasis on goals. I don’t know about the rest of you, but for most of my life my experience with goals has been extremely unpleasant. I remember that my companions and I often prayed before we set “realistic” weekly goals, and then failed miserably to obtain them week after week. In our case the main bugaboo was “streeting”, or speaking to people in public (like on public transportation). It was hard for me and most of my companions to do. We felt intrusive stopping people who clearly had no desire to talk to us, and even worse when someone was literally trapped next to us on a bus or a train. They practically writhed with discomfort before we even opened our mouths, and our poor language skills prevented us from falling back on any other topic either to break the ice beforehand or to fill the awkward silence when our main approach was rebuffed.

The point is that it never once occurred to us to actually count how many times we successfully “streeted” in a week and use that as our baseline for setting goals. Instead, we kept returning again and again to our ideal view of what good missionaries would do (10 streets per day, set by the head office) and then failing spectacularly. We were trapped by pride and a superficial concept of obedience. So obedience remained an irritant, constantly rubbing our faces in the gap between what we could actually do and what we thought we should be able to do.

The thing is, if we’d set ego aside and just asked ourselves “What’s the best way to actually increase our obedience?” we would have seen that the very first step would have been to take an assessment of our current abilities and then accept that as our starting point. In other words, we’d be resetting our baseline to something rational and aspiring to greater obedience from that point. Instead of marking every negative departure downwards from an unrealistic baseline as a stinging failure, we’d have been able to mark every positive departure upwards from the actual baseline as a sign of progress. In the context of greater failure, yeah, but at least you’d be moving in the right direction. That’s both comforting and more useful than just banging your head into a wall.

The second basic principle is simply this: obedience is a process. This goes against the intuitive idea that obedience is a static state of being. Did you do your home teaching this month? If yes: you’re obedient. If not: you’re not obedient. That may work for very simple questions, but in general it’s a shallow view of obedience and, once you think about it, a silly one. 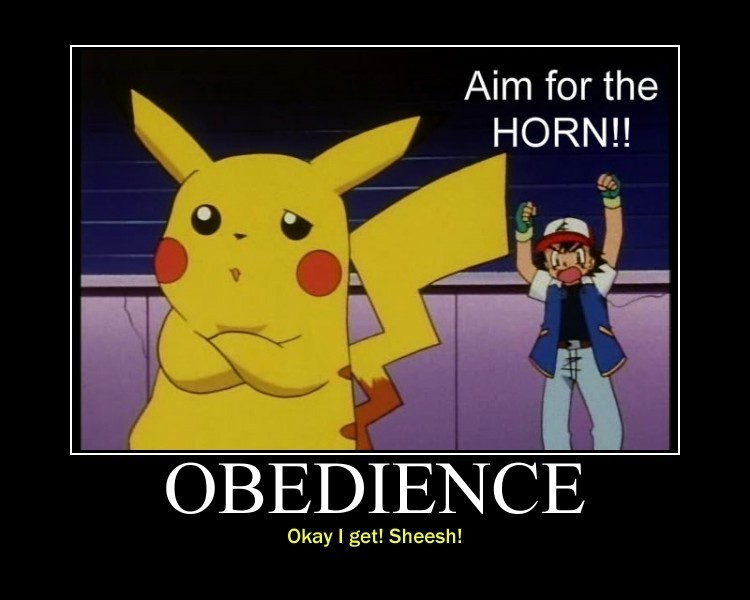 Here’s another couple of verses that can seem at odds. In Nephi 3:7 the young prophetling boldy proclaims:

I know that the Lord giveth no commandments unto the children of men, save he shall prepare a way for them that they may accomplish the thing which he commandeth them.

In the very next chapter he learns the terrible cost of that obedience when he is instructed to violate his sacred beliefs and behead Laban to accomplish the thing which the Lord commands. Did he think it was an Abrahamic test of his resolve? As he lifted the heavy blade above his head, did he hope for a lamb to appear in a thicket? None ever did.  (It speaks volumes of Nephi’s humility that he faithfully recorded those events and exposed his youthful naivete for all to see.) In any case, contrast the simple “I will go and do” with the Lord’s command in D&C 10:4: “Do not run faster or labor more than you have strength and means provided.” The Lord doesn’t necessarily want us to go and do right now. The Lord will provide a way, but it will not necessarily be either straightforward or immediate. Sometimes there is a gap between when you receive a command from the Lord and when you are able to accomplish it.

Are you being obedient in the interim? From the superficial view: no. From the view that obedience is a process, it depends. Consider King Benjamin’s words from Mosiah 4:24-25:

And again, I say unto the poor, ye who have not and yet have sufficient, that ye remain from day to day; I mean all you who deny the beggar, because ye have not; I would that ye say in your hearts that: I give not because I have not, but if I had I would give. And now, if ye say this in your hearts ye remain guiltless, otherwise ye are condemned; and your condemnation is just for ye covet that which ye have not received.

Aspirational obedience is the application of the same principle to obedience. It says that we seek earnestly for ways to be obedient, even if we’re not there yet. Is it enough? It is, because it’s all we have to give, and because God is merciful.

The real key to real obedience is having the humility to realize how profoundly messed up we truly are. It requires the resolve to look squarely at our present status and accept that status as the baseline from which we must begin. It’s a pretty soul-crushing prospect as long as your sense of self-worth is in any way tied to your accomplishments. The first step is admitting you have a problem. Is admitting that you’re a beggar. Is admitting that you’re “less than the dust of the earth”. It requires us to sacrifice ego and accept that “the worth of souls is great in the sight of God.” Even the broken and misshapen ones. Even souls like mine. Even souls like yours. We don’t earn that esteem, and we can’t lose it either. The awful weight of God’s imponderable love is suffocating to the proud and comforting to the meek, the way that ocean waves are a tomb to a drowning sailor or home to the swimming fish.

Once you accept that starting point, if your heart is sincerely bent to the task of learning to be obedient–if obedience is your quest–then you’re already living the spirit of obedience. In time, success will come. Nephi was right, after all. It was just a longer and darker path than he thought it would be. He stuck to it, however, and so–with God’s good grace–can we.

← Reading the Gospels: A Case Study
The JST: A Test Case →

14 comments for “Aspirational Obedience: Obedience is a Process”