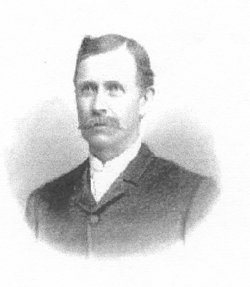 When we speak of unity it is often difficult to understand exactly what we need to do to achieve it. The teachings of Lorenzo Snow in the current Priesthood/Relief Society lesson manual (lesson 16) try to address this, but I’m not quite sure that they give the specifics needed.

Should we be united politically? What does such unity mean? There are many elements of society today that are by nature divisive, and politics is clearly one of them. Does the gospel offer a better way to decide political questions, a more united way? The author of the following poem seems to think so.

The author is listed as S. S. J., almost certainly Samuel Stephen Jones, an English immigrant who arrived in Utah at age 19 in the Martin handcart company. Jones served an LDS mission to England and then thrived in Utah, co-founding the Provo Co-op, running the S. S. J. Mercantile Company, which had branches in Provo and Price, starting the Sioux and Utah mines at Tintic and serving as mayor of Provo in 1898. He also wrote poetry, especially poetry about Utah, including “Adown Provo River,” “Utah’s Natal Days” (for the territory’s 21st birthday), “Home of the Old Years” and “The Life of the Master,” this last poem published as a booklet in 1913.

The United Uplift of the Hand

A Gentile election! What strife marks the scene!
What turbulent questions abound!
Hate, envy and malice are palpably seen;
How harsh and discordant the sound!
Power-loving aspirants here seek to outvie
In their quota of votes at the pool,
To succeed they will slander, coerce, yea, will lie,
Regardless of honor or soul.

Debased, God forsaken, corrupt is the plan
By which men their candidates find;’
If eloquent, wealthy, why, straight is the man,
No matter how narrow the mind.
But in Utah’s fair vales we’ve a mode of franchise
Which is primitive, simple, yet grand.
Its adoption has oft fill’d the world with surprise,
The United Uplift of the Hand.

When the servants of God to our judgments appeal,
We hail the glad truths with delight;
Each true-hearted Saint the pure influence feels
That bears its assurance of right.
With what pure emotion our spirits are fired,
As they call for our votes from the Stand;
With a flood of good feeling our hearts are inspired
As we raise to High Heaven our hand.

Whom the people of God undertake to sustain,
‘Tis an evident sign of success;
Religious, political, whate’er the aim,
If but right, their Great Leader will bless.
Let proud-hearted despots in riches presume,
And tyrants by force hold command.
This simple maneuver foreshadows their doom,
The United Uplift of the Hand.

With the level to which we almost worship democracy today, Jones’ suggestion that our custom of sustaining those called is superior to elections will likely bother many class members. I think that is good, because it addresses exactly the issue here: what do we have to do to be united?

When transported to a political system from a context where we believe that our leaders are inspired, our custom of sustaining is really no different from the elections under totalitarian governments, in which only one candidate appears on the ballot. Of course, that isn’t quite a fair comparison, because when we raise our hands to sustain we aren’t really voting, but simply agreeing to support those chosen in their callings. But then, Jones’ poem implies something very different, because he implies that sustaining is better than divisive elections.

Personally, I don’t think that they can be substituted. Nor do I think that a certain amount of disagreement in a community is necessarily bad, provided it doesn’t become divisive. But, on the other hand, I do think that it is clear that we have a damaging level of political discord in the United States today. And, this is something we urgently need to resolve. We need to be more united.

Regardless of whether or not Jones is right, we really should try to define what we mean when we talk about unity. Perhaps this poem, with its approach using the difference between sustaining and elections can help start the discussion of how to resolve disunity today.

← Literary DCGD #31: The Lord of Hosts has Spoken
Maybe We’re All Right →

2 comments for “Literary Lorenzo Snow #16: The United Uplift of the Hand”