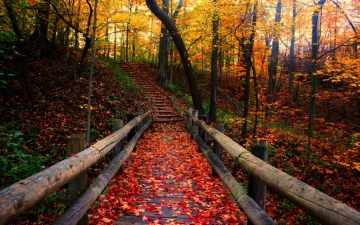 My main motivation was jealousy. I was fantastically jealous that my wife was running the coolest book club I’d ever seen.[1] Additionally, there was a growing pile of books I desperately wanted to read, but as a grad student I knew I’d never get to them without serious external pressure. The only solution was to organize a book club of my own. Initially I tried to do so at the ward level, but that flopped – I don’t know if folks weren’t interested in the Mormon Studies theme I had going, were too busy, or simply didn’t like me. Fortunately, spread out through the DC area I had a few good friends (who also had a friend or two of their own), and so the All Good Books Club began.

I was hugely interested in the various Mormon Studies and related books we read. And upcoming meetings were exactly the motivation I was hoping for. I remember reading almost all of Givens’ People of Paradox on the day of one of our get-togethers. It was glorious.

Far more important than the books,[2] however, is what happened for me socially and spiritually. We gathered in one another’s homes once each month – a rotating though committed group of us. We were honest, candid, and faithful. It wasn’t therapy or rallying indignation. It was genuine seeking, by study and by faith. Mostly, it was friendship.

We lived in Zion once. It exists just east of the Provo Temple. The opposite of our typically transient wards, here was a community that in living, working and worshipping together had required only a few decades to achieve collective apotheosis (I’m not sure why they haven’t yet ascended to heaven). And, just as Bro. Nibley constantly reminds us, a central aspect of our Zion experience in the Oak Hills Ward was the monthly ward temple nights. Perhaps a third of the ward would meet for an endowment session at 6pm. This set the stage for the main event – a dinner, hosted by a different couple in the ward each month. Of course we couldn’t make it every month (no one could). But each time we did, not only was it a gathering in Zion, but Zion grew up inside of us.

Summers in the Doha, Qatar are exotic. The heat’s been mild this year – fluctuating between 104 and 120 (though some weeks the wind blows in from the sea, making it as humid as my wettest days in southern Illinois and utterly unbearable). Nevertheless, most of the expat community flees, reducing our bursting-at-the-seams ward down to a small branch. When we first arrived in the summer of 2011, the remnants of the ward carried on a celestial tradition of an after services potluck lunch, which took place every other week. It was briefly revived this past month, coupled with a 2-hour block schedule (we dropped Sunday School). Our opportunity to meet together, to speak one with another concerning the welfare of our souls, did not compete with but rather was a part of our temple worship, uniting the spiritual and with the temporal.

I can’t overemphasize the significance that these (and other) small, intimate communities have played in my life. And the point of this, the final post in my series, is to emphasize the central role of community in our collective and personal spiritual experience and progression. Each of these settings was a safe location to faithfully and honestly explore and develop our shared Mormon history, theology, and identity. Herein was that “grand fundamental principle of Mormonism” – friendship.[3] In these contexts, my knowledge of the mortal and the divine in Mormonism (“warts and all”) grew significantly, as did the nuance and sophistication of my overall understanding.[4] At the same time, my devotion to my friends, my ward, and our shared heritage – as well as the greater Mormon community – likewise grew.

Some would see this correlation as suspect, the cause of an inauthentic or misperceived (perhaps even deluded) faith. A critic might claim, “Ah, see, your anecdotes have nothing to do with genuine faith and spirituality. Rather, they have everything to do with fraternity and sociality. Your faith and devotion didn’t grow, your friendship did, and you then projected these feelings of love and friendship onto your religion. These experiences were a bad faith bandage for the real problems you read and discussed, not genuine reconciliation of what is in fact irreconcilable.”

I have three responses. First is a vague gesture at what I really do consider an adequate philosophical response, but which would require a lot more work than I am going to put in here; namely, the fact that all positions – religious or otherwise – are always founded on a system of values that require communal instantiation through various practices. One cannot be a partisan of, say, quantum gravitational theories or a proponent of anthropological functionalism, without a supporting community reliant on various common practices that opens up the space wherein taking up such positions are possible. Consequently, it’s far from a damaging indictment to point out that my own experience of Mormonism is similarly intertwined with community and the sorts of practices involved in how we can and do organize ourselves. It couldn’t be otherwise.

Second, I think that the sort of experiences sampled above are a model of what the Restoration is meant to be and what it explicitly preaches. The Restoration is not the City of Enoch descended from above, but an attempt to organize ourselves and our practices in accordance with specific revelations in such a manner that we are able both to grow from perfection to perfection and to facilitate our collective reception of further revelation. Inasmuch as I grew spiritual and received revelation within the context of healthy communities made possible through the Restoration, this is a sign of its truth and practical efficacy, not an evidence that I am illegitimately mixing compartmentalized aspects of my life.

Finally, and on a related note, salvific community is my faith – and not in an idiosyncratic or watered down secular sense.[5] One of the key messages of the Restoration, and a message that is meant to dictate how we relate one to another is: “That same sociality which exists among us here shall exist among us there.” Hence, Brother Brigham tells us, “All the heaven we shall ever have is the one we make for ourselves” (JD 9:170). Joseph put it more colorfully: “If [the Latter-day Saints] go to hell, we will turn the devil out of doors and make a heaven of it” (23 July 1843: HC 5:517). I am not saved without my wife, or without my dead – there is no celestial hermitage. There is only divinity in community. Consequently, as Abraham and Joseph taught, “God himself, finding he was in the midst of spirits and glory, because he was more intelligent, saw proper to institute laws whereby the rest could have a privilege to advance like himself.” And in doing so, God engaged in celestial work and glory.

The Restoration is what gives me these doctrines and truths, and my current community is the stage whereon they continue to be enacted and fulfilled. I find salvation in it, and can’t genuinely believe in any salvation outside my immersion it.

I understand the wrenching changes that Bro. Mattsson described as “an earthquake under my feet. . . . a terrible psychological and nearly physical disturbance.” I also know what it is to find restored paths to dwell in. I am grateful to the role models, the increased faith in coming to see heaven and earth entwined in this dispensation, and the covenant community that characterizes my experience in this Church.

[1] Her group selected books that directly or indirectly dealt with women’s issues around the world. They would read the book, have a meal themed around the locale of the book, and then make a fast-offering-style donation to an NGO dealing with issues addressed in the book.

[2] In saying this, I don’t want to downplay the books. They really were important. We read everything from LDS scholars tackling difficult issues directly to philosophy of religion to literature that addressed the sorts of themes with which we were personally wrestling. If I were going to write a Part IV to this series, it would probably discuss the critical difference between reading respectable scholarship and reading individual internet rants on harrowing topics like Mountain Meadows. Really, there’s a reason we’re commanded to seek out of the best books.

[4] The comparison here is of course to earlier iterations of myself, not to others.

[5] I don’t mean this as a slight on secularized religion. For example, Elayne Pagel’s experience being spiritually and emotionally healed inside of her mainline Protestant community without adopting a religious, metaphysical belief structure is both beautiful and paradigmatic of the positive and universal role religion can play today (see Beyond Belief). But this is not what I mean in stating that community is my faith.

← Some Thoughts on Sin
Literary Lorenzo Snow #15: Our Missionaries →

9 comments for “Restoring the Paths to Dwell In – Part III”