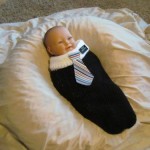 I’m going to wander a little farther from familiar territory in this post. I hope you’ll willingly entertain some speculation and tentative analysis about the institutional nature of the Church in a changing society and indulge my focus primarily on American culture. I’m interested to see what others make of these ideas.

First, only institutions that develop successful methods for continuously bringing in new members can survive over the long term. Since the Church has survived and thrived in the centuries since its founding, it stands to reason that the Church must have developed reasonably effective recruitment practices. Of course the Church’s missionary practices are well-known, but in this post I’m interested in how the Church contributes to the education and socialization of Mormon children.

Second, I think that Mormon adults who are married and have children are relatively secure in their Church membership relative to younger, single Mormons. Young parents are already heavily invested in the Church as a place where their kids are socialized and cared for with other children and–in any case–often don’t have the energy to consider a seismic change like leaving the Church they have known their whole lives. Parents of older children may have  more latitude, but by this time they are even more deeply enmeshed in the Church.

If this is true, then it would make sense for the Church to focus a great deal of time and energy on shepherding young Mormons through adolescence and into young parenthood. I think this is exactly what happens and–judging from the statistics–the Church has had real and significant success in many (but not all) areas. Mormon adolescents have significantly lower rates of teen pregnancy, abortion, STIs, and other common ills of adolescence in modern society. Mormons also have lower divorce rates (for temple marriages), higher rates of educational attainment (for men and women), and buck the trend by having a positive correlation between educational attainment and religiosity. On the other hand, Utah leads the nation in suicides for men between the ages of 15 and 24. 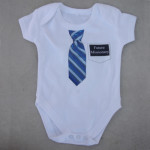 Third: the Church’s primary strategy seems to be placing a high degree of emphasis on a series of important milestones for young men and women beginning with the graduation from primary at age 12. I’m not that familiar with the current class outlines (it’s been a while since I was a teenager, but my kids aren’t teenagers yet), but the overall idea has been to have major milestones at ages 12, 14, 16, and 18. There’s slightly more emphasis for boys, of course, because of the male-only priesthood but in practice there’s a similar emphasis for boys to go from deacon, to teacher to priest and finally elder and for women to go from beehive, to mia maid, to laurel and finally to the Relief Society. In addition, men are expected to go on a mission at 19 (now 18, of course), and then men and women are expected to marry fairly early. Children, historically, have come soon after.

The transition from formal programs for young adults to actual adulthood can be fraught, but the deeper problem seems to be that in order to imbue the significant milestones with enough importance, they have come to be placed on towering pedestals. This is especially true of the culminating milestones: going on a mission and getting married, and that’s my fourth point.

John K. Williams, who has written a memoir called Heaven Up Here, is one of the leading critics of Mormon reticence to speak with candor about their missions. Based on my own experience: he’s on to something. I could never honestly say that my mission was the best 2 years of my life although it was certainly (up to that point), the hardest 2 years. That’s not to say it wasn’t important and meaningful, nor is it to say I wouldn’t go again. I would. It was just painful for reasons and in ways that I still do not fully understand. But when I came home, I didn’t talk about this. I haven’t really spoken of it publicly until now because it was a matter of duty and honor to say good things or nothing at all about my mission, lest I dissuade the rising generations, dishonor my family, and hurt the people I served and worked with on my mission.

The expectations for marriage are even more shockingly unrealistic. One stark example of this is the last book of Stephanie Meyers’ Twilight saga: Breaking Dawn. After 3 books of unrelenting, barely repressed sexual tension, Bella and Edward are finally married. And, although the novel goes on for quite some time, that’s basically the end. The wedding means sex, a perfect child, wealth, a perfect home decorated with an unlived lifetime’s worth of mementos, and even an immortal body and an eternal family. All of the promised goals of eternal life that Mormons seek in the next life are collapsed into the wedding itself as though marriage, burdened down with the weight of expectation, had collapsed under the weight of its own gravity and become an existential black hole, sucking the meaning out of everything in its vicinity. 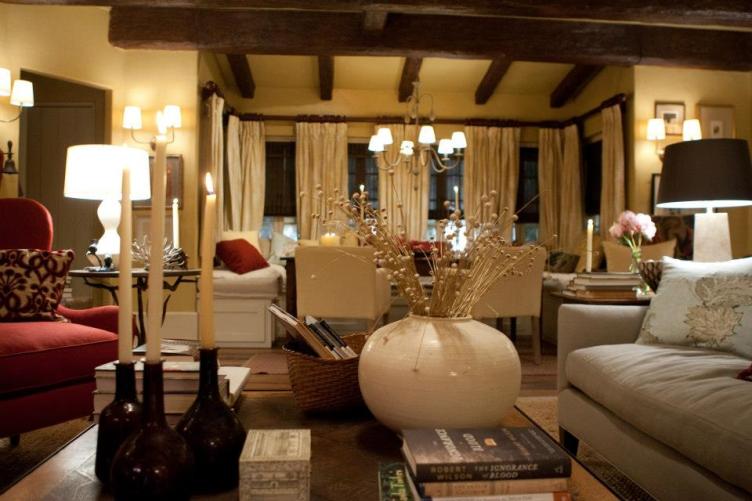 Forget the expense of the furnishings, how do you have a lifetime’s worth of decorating and books in your first home if you don’t live together before marriage?

My anecdotal evidence–collected from friends of approximately my own age–is that actual marriages are the complete opposite of this. Virtually every single one of my close, active, Mormon friends has gone through hell in the first couple of years of marriage. Only now, about a decade down the road, do I think most of us could talk about it objectively and calmly, but of course most don’t want to. In addition to reawakening painful memories and, again, the ever-present concern of discouraging younger Mormons, there’s the additional reticence of talking about something as intimate as our marriages. And so, even more so than with missions, we simply don’t talk at all and every rising generation walks blithely into an emotional minefield.

Up until now, however, these twin weak spots have occurred within a relatively short window of vulnerability, but social changes are extending this opening. What was once an Achilles’ Heel is growing into more of an Achilles’ Calf or maybe even Achilles’ Leg.

The first change, beginning decades ago, was the influx of women into the working world. Regardless of political or cultural values, the influx of a large additional quantity of labor had the inescapable economic consequence of lowering wages. If Mormons wish to maintain a standard of living commensurate with dual-income working families while at the same time enacting the Mormon value of a breadwinning father and a homemaking mother, then Mormon men have to earn twice as much as non-Mormon men. The only way to accomplish this is with heavy additional investment in postgraduate education and extreme amount of work early in a career, both of which act to postpone marriage and/or children.

This economic shift, along with larger social trends, has contributed to an even broader and stronger trend towards marrying and having children later. Often called  “prolonged adolescence“, there’s an idea that the 20s are the new teens: a time of exploration and risk-free experimentation. This trend, already on the rise before the economic downturn, was exacerbated by the high unemployment rate that forced many young adults to postpone careers or pick alternative routes–like unpaid internships–to try and elbow their way into the job market.

In practice, this means that the sometimes painful let-down when the expectations for missions or marriages met the reality now have a longer period of time in which they can have an impact. This coincides with my impression that the Mormons most likely to leave the Church are coming from this demographic: highly educated, return missionaries in their 20s  or early 30s who are unmarried or recently married. (There’s probably a considerable lag  between the onset of a decision to leave and execution.)

I know I’ve touched on of sensitive and controversial topics, so I want to try and be clear here at the end. I don’t fault the Church for the emphasis on milestones because we’re all humans struggling to do the best and the emphasis comes primarily out genuine love and concern for our children. Besides, some variation around the Church’s teachings is inevitable, and something like Twlight strikes me as out there on the extreme end of Mormon culture.

I do believe we need to make changes in how we teach our kids, but I’m not advocating for or against any specific policy changes. One of my persistent beliefs is that Mormon members have an obligation not to look to leadership for guidance in every step we take, and that most important changes happen at the individual and family level. Nor should anything I have written be perceived or used to judge or condone the decisions of members who have left the Church or stayed despite struggles. Broad macro trends rarely give insight into individual lives, and this post is not an attempt to formulate  a comprehensive model of Mormon faith participation.  It’s just my thoughts on the changing relationship between how the Church helps raise new Mormons and the social context within which that training takes place.

69 comments for “The Great Expectations of Mormonism”