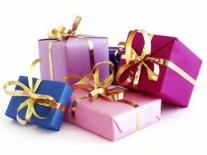 You can find links to all of the previous installments of the Approaching Zion Project here.

For the third (and, I hope, final) time, I read this chapter on an airplane, taking notes as I read it. And there are just a couple quick things I want to highlight and discuss, and one sentence that really troubled me.

The Eye of the Needle

Nibley points out that the “rich man cannot enter heaven except by a very special dispensation.” (105) If that is true—and the New Testament backs Nibley up here—we should all be terrified. I know, none of us claims to be rich; everybody, it seems, is some variation on middle-class. But the thing is, the vast, vast majority of us in the U.S. (and likely everybody reading this) is wealthy by international standards; the worldwide median income is somewhere around $1,225 per person per year; an annual after-tax income of $34,000 per person in a household puts a family into the top 1% worldwide.

But isn’t a worldwide comparison arbitrary? Maybe. But so is a national, a state-wide, or a neighborhood-wide comparison; why is saying I’m middle class because I don’t make what a hedge fund manager earns a better comparison than saying I’m wealthy because I make more than a resident of a developing country?

Note, though, that it is not impossible for the rich to make it to heaven; if we want to make it, though, we better figure out what it takes to get that special dispensation. From what I read into Nibley, I suspect it takes a deliberate focus away from wealth. Whether or not Nibley approves of wealth,[fn1] what seems most offensive is a focus on accumulating wealth, a focus on our own merit and deservingness, at the expense of recognizing that everything we have is a gift, and at the expense of paying that gift forward to our neighbors.

Study: What We Should Be Doing

Nibley acknowledges that we need to work until we have sufficient for our needs. Our needs, he asserts, are basically food and clothing. (I don’t really want to get caught up in a debate over what we really need. I don’t think Nibley’s trying to give an exhaustive list of needs, otherwise I’m pretty sure he would have included shelter, too. His point, though, is that we need less than we think we need.)

After we have our needs, what are we to do? Study. The learning is the banquet; we only work so that we can make it to the banquet.

Note that I’m hugely sympathetic to this idea; I went into academia largely because I love to research, to learn, to synthesize that knowledge, and then to share it. That said, I want to emphasize the work-first part of this—Nibley doesn’t tell us that our study should replace our work, just that maybe we don’t need to work as much as we think we do (because we don’t need to consume as much as we want to), and that we have more time to study than we believe.

Without that caveat, we move into an uncomfortable and unsustainable world, one that reminds me of Gershom Gorenberg’s portrait of Israeli ultra-Orthodoxy.[fn2] In the world Gorenberg paints, “haredim are known for marrying early and having many children, even as men spend much or all of their adult lives studying Talmud rather than working.”

That doesn’t seem to be Nibley’s Zion; rather, in the Zion he envisions, we work, even as we decrease our consumption, so that we are able to study and enjoy the Lord’s banquet. And as we shift our wants from items of consumption to items of salvation, we get closer to a Zion society.

[fn2] Note that I’m not saying Gorenberg’s portrait is or isn’t accurate; my familiarity with the northern Jersusalem haredi is derived almost (but not quite) entirely from this article. For purposes of this discussion, though, the extremes Gorenberg illustrates are a potential consequence of engaging in study at the expense of meeting our needs, rather than after meeting our needs.

[fn3] I know the 19th century Saints were happy to be uninvolved in the Civil War, believing that it might usher in the fall of the United States and Christ’s Millenial Reign.

← Literary Lorenzo Snow #11: Father! Lead Me Out of Darkness
Advice on Teaching – Preliminaries →