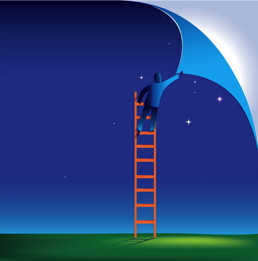 My husband and I are both graduates of LDS seminary. I, by the skin of my teeth after a lingering bout with mononucleosis and a pile of home study booklets. Sam, after being on seminary council and a master seminary bowler.

So far our children have attended 18 total years of seminary instruction in two states, at church buildings and seven different released-time facilities, and with at least 37 different teachers. We have three daughters who are seminary graduates, one daughter who is a current enrollee, and two sons who will be joining the ranks in the next few years.

I am a true seminary lover. By and large I have been thrilled with the instruction given. And that is no hyperbole. The teachers are dedicated, knowledgable, interesting, and have an inimitable ability to gain rapport with even the most bullheaded teenagers. (I know. I was one.) Yes, I’ve known non-paid, early morning seminary teachers who managed to go the entire year without any of the kids figuring out which work of scripture was being studied and paid full-time teachers who were more about style than substance, but our personal experience has been exceptionally good.

So I’d like to preface my gripe letter with a long overdue thank you. Yes, sure, many seminary teachers get paid and, yes, I see some real inherent priestcraftyish problems with people making a living teaching the gospel. Yes, in essence, they are just doing their jobs to be prepared and teach. But many that we have had the privilege of working with go above and beyond to bring the Spirit and light to the kids and to make the gospel interesting and relevant. And even though I’ve thanked almost all of them personally, I’ve never written an open letter of gushing gratitude, though it has likely been deserved.

That said, I have a seminary teacher issue that has been on my mind for the past 35 years. It started with my experience and still rears it’s ugly head from time to time. I’d like to address it once and for all, using a specific incident with one of my girls as the catalyst.

I’d like to be clear that the teacher in this example is no exception to my effusive praise above. He is among those who is dedicated, motivating, and sincerely interested in bringing the gospel and the Spirit to these often extremely hard-to-reach teens. But even the best teachers can be insulated enough that they don’t see problems that have become systemic. Sometimes working full-time for the church removes people enough from real-world problems and issues that they no longer see them. And that can be compounded when paid gospel preachers double as non-paid ecclesiastical leaders. The bubble can be pretty tough to break.

So here’s my story:

One day one of my daughters came home from seminary disturbed by something she had heard. She didn’t remember the teacher’s exact words, but said he had said something about polygamy being a requirement in the eternities or to be in the celestial kingdom.

Having been taught this in seminary myself, I wrote  a letter to the seminary teacher, asking for clarification. I gave him the information I had about CES direction with regard to polygamy. In part, I said this:

I’m writing because I think it’s incredibly important that the things we present to the kids are absolutely accurate. I hope that you will verify this information and moderate what is taught to seminary kids accordingly. Hearing such information can be so difficult for kids developing testimonies.

Several months later and after this particular daughter had long moved on to a new seminary program, I received a response. I’m going to parse what was said to me to expose the kind of problems I have seen. First, the teacher said this:

It is my understanding that plural marriage is in no way a requirement for the celestial kingdom.

Whew! So far, so good. Although this didn’t seem clear to my daughter and her classmates, I was glad to hear that he didn’t intentionally teach this.

I ask  the kids – why it is even necessary in the first place.

At this point, I’m dubious. On such a controversial practice, on a subject to which so many are so sensitive,  do we want to ask young teen kids to speculate on the reasoning behind a doctrinal practice? Does he know it was “necessary”? Would he have asked the kids to come up with a plausible explanation for the racial priesthood ban? Would it come out sounding like Randy Bott?

Perhaps the better question is when/why do we ask kids to speculate at all? I know I have done it myself on occasion, so I’m not entirely opposed to it, but when is it appropriate?

Once when I was teaching a mixed race youth Gospel Doctrine class, the lesson material specifically quoted a number of authoritative sources warning against mixed race dating/marriage (another reminder that updated material is a good thing). Yes, I could have left the quotes out, but it occurred to me that the kids had or would hear about the church’s past racial issues and discussing it in a church setting — as opposed to being confronted in the school lunchroom — made sense.

When President Hinckley gave the no-multiple-piercing edict, it was a big issue with the kids. (OK, and with me, because I had five piercings at the time, including one high in the ear cartilage that I had paid dearly (in pain) to obtain.) They were all talking about it and, while the message was clear, no solid reasoning had been given and they were debating it anyway. So we talked about why he might have said it.

The teacher then told me what the class had divined as the reason for “necessary” polygamy.

The only reason we can come up with is the fact that there would be more righteous women than men.

At this point, I’m jarred. Why not just speak truth? We don’t know. Period.

But as long as we’re speculating, is this really all he could come up with? Is this really “fact”? Where are the stats? Is this the only possible answer? What about all the babies who die in infancy? What about all the other worlds with God’s children? What about the possibility of it being an Abrahamic test? Or of it being a way to make Mormons “peculiar” enough that they would be driven to the hinterlands to toughen up and become a cohesive unit? Is it remotely authoritative to claim that the only plausible explanation is that there are just too many awesome women and men are scoundrels?

And if this is true, why do we seal dead women to all the men they were married to while alive. (And why this policy applies only to dead women is a baffling mystery of the first order, but another topic entirely.)

Let’s just leave this topic where it really is. Right now it’s on the heap of kind of bizarro practices that we have yet to address fully and that we’ve obfuscated on far too many times and that we can’t really make much sense of.

Joseph’s polyandry, Emma’s knowledge, Brigham’s proliferation, Manifesto (but not so much), polygamous wives sent away, divided sects, current practice of erasing polygamous wives to prevent embarrassment, etc. There’s just a lot of baggage to sort through.

I suspect when outside voices reach a sufficient din, the church will address polygamy and other gender issues, just as they’ve addressed race, Mountain Meadows, homosexuality, and other issues to some extent. But for now, let’s leave speculation at the door. Or on the blogs. But not in seminary classes with impressionable teens.

And then came the zinger.

So I tell the girls to get the guys going and help them look and act like they should so there will be more men there and solve the whole problem.

There we have it. Women, if you will just get off your duffs and get the men in line and take charge of their morality and be accountable for their actions, you won’t have to share them for the rest of your eternal happily ever after. Ready, set, go.

I think highly of this teacher and want to be kind and fair, but to be honest, that kind of rhetoric angers me no end. Very sincerely, how dare anyone tell the girls that it is their job to get the boys to follow God? How dare you suggest that unless they take charge of the boys morality, they will be stuck sharing their husbands through eternity?

It is the boys’ responsibility alone to follow God.

I was taught the same kind of thing over and over in church.

When I bring up these ideas, I am usually told either that I couldn’t possibly have been taught those things at church or that the young men never hear such things. I’ll defer to Elder Holland, trusting that you’ll believe him. In a BYU devotional delivered in 1983 (when I was a student there), Jeffery R. Holland said (quote begins at about 31:47):

I’ve heard all my life that it is the young woman who has to assume the responsibility for controlling the limits of intimacy  in courtship because a young man cannot. Seldom have I heard any point made on this subject that makes me want to throw up more than that.

Teaching seminary is not a job I envy. I’m amazed at what these teachers do day after day after day. Sometimes at unearthly hours. I thank them from the bottom of my heart for the contribution they have made to my children and the support in gospel training they have provided in remarkable fashion.

Please, please, realize how powerful this influence is. Please, please, carefully weigh the things you say and the ideas you present. They can lift young souls and strengthen testimonies or they can create burdens that last a lifetime.

At the risk of being superhero cliche: with great power comes great responsibility.

Additions: A couple of straigh-forward, thoughtful articles about polygamy: