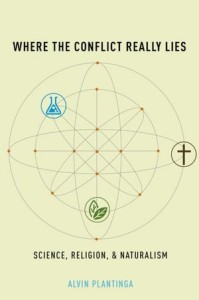 Over the last two posts I’ve outlined a view that a religion is a system of beliefs and institutions that serves to help people find meaning and make sense of the world, and that in modernity a secular religion has emerged. (I used the “scientism”, but Alvin Plantinga uses “naturalism”, that’s probably better.) I also argued that all religions come in essentially two varieties. Authentic religion emphasizes the struggle to respond to life’s questions. Inauthentic religion promises relief from the struggle with easily attained answers. It effectively outsources our existential struggle: to an inerrant Bible, to an inerrant Church hierarchy, or to an inerrant march of scientific progress.

The two are related, but not because scientism (or any secular philosophy) must necessarily be inauthentic. That’s not the case. What is true, however, is that the very denial that scientism could be functionally equivalent to a religion makes it particularly susceptible to the tendency towards inauthenticity. What is additionally true is that when it comes to inauthentic religions, scientism has everyone else beat by a mile.

The more credible inauthentic religion is, the easier it is to accept. For people who grow up in a specific religious tradition (Mormon, Catholic, whatever) that becomes the fabric of their reality and it natural to accept until it is challenged by an external alternative. These days, religions do not tend to offer a whole lot of substantiation for their own claims when contrasted with the apparently clear and dramatic proofs of scientism. The Mormon model is “Read this book, pray about it, and see if you feel special.” The model of scientism is “Get turn-by-turn GPS directions on your cell phone and then thank a physicist.” There is generally enough whiz-bang to paper over the weak link between consumer electronics and spiritual guidance. 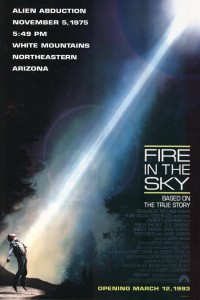 I think Elna Baker’s story is poignantly illustrative. I hesitate to use any specific person as an example, but since she is a performer who has shared it with This American Life I’d like to treat it as a model without assuming that my conclusions are necessarily true of her individually. (I don’t think the full story of a person’s faith-struggle could be distilled into a short radio segment.) In a piece that deliberately juxtaposes the First Vision with an alien abduction, she describes her early childlike faith as a kid growing up Mormon in Snowflake, AZ:

When I was 14, I went on a church hiking trip, and they told us all to go into the woods like Joseph Smith did and pray. I found a quiet clearing, knelt down, and asked a kind of mushy combination of, “Is there really a God,” and “If there is, am I supposed to be a Mormon?” And I waited. And then the sun came through the clouds and warm light hit my face. I felt like someone was wrapping their arms around me and hugging me. My body rocked back and forth, and I knew it wasn’t me who was doing it.

But, as Elna describes, she subsequently loses her faith. This isn’t for lack of signs, however. As she relates:

The last big moment that I feel like was a spiritual experience that I had was probably three years ago, maybe four years ago, where I felt like it was getting so hard to believe for me. And I just was like, “You know, I want a sign again like the one I had when I was young. And I just want you tell me that you’re there, God.”

And I knelt down and I prayed and I asked this. And then I looked up at the sky and I was like, “The sky? That’s the sign?” Like, anyone can see this. This isn’t a sign. You just see a few stars. It’s New York– you see, like, maybe five stars. And just as I was saying, “This isn’t anything, this is just what’s always there,” one of the stars shot across the sky. And it was biggest shooting star I’d ever seen.

I still don’t know what to think of that moment. It was shocking. But as soon as it happened, I did the thing I do now– I started questioning. Was that meant for me? Or did I just happen to look up at the exact moment when a star shot across they sky? I had forgotten about that moment until I shared it with Ken, and it made me think, “Well, that’s an even bigger sign that what I experienced in the woods as a teenager, so really, I have had signs since then.” And that’s when I realized I don’t just want a sign, I want to be myself at 14 again– the kind of person who believes in signs.

Elna’s story, broadly viewed as “young, faithful Mormon moves away from home and loses ability to believe” is far from unique. It’s gotten significant enough that when Elder Jensen said we hadn’t seen a period of apostasy this bad since Kirtland, it made Reuters. Elder Jensen clarified his comment about a month later (“To say we are experiencing some Titanic-like wave of apostasy is inaccurate.”), but the phenomenon is real even if it is not “Titanic”.

If you ask conservative Mormon intellectuals the answer is pretty simple: we’ve failed to prepare our young people. By presenting a simplified and some would say sanitized version of our history during the Internet age we have seriously let them down. That is certainly true, but in a way it also misses the point. The problem is not just that we don’t tell our high school kids about the particular difficulties of peep stones or polygamy. It’s that we don’t tell them that religious discipleship is difficult by design.

What I’m really getting at is that the peril of inauthentic scientism is that it threatens Mormonism to the extent that Mormonism (as practiced) itself is inauthentic. Seen in this light, the departure of young Mormons for secularism might be a symptom rather than a problem. If so, the solution is not to repudiate scientism (which is not necessarily inauthentic, although it tends to be), but to take this as an opportunity to recognize inauthenticity within our own house.

The key element to inauthenticity, I believe, is the idea of outsourcing religious life. The key question, then, is what we expect to get out of involvement with an organized religion. Institutions are double-edged swords: there is a lot that the Church of Jesus Christ of Latter-day Saints is only capable of doing beacuse of its infrastructure. This includes things like welfare proejcts, but also the important message of grouping congregations together geographically (as opposed to letting members pick and choose their ward) and thus emphasizing the need to love who you’re with. But the existence of a canon (even an open one), the idea of tiered revelation, the practice of confessing serious sins to a bishop, and the hierchical nature of the leadership structure can all create a set of false expectations for our relationship to the Church. I’m not criticizing any of these things, but I think it’s important to realize that they can function as a tool or as an unnecessary crutch depending on how we view them. If you view home teaching assignments as a prompt build authentic friendships you’re doing it right. If you view it as a means to an end or an obligation to fulfill, you’re doing it wrong.

Since it’s not even possible to know our own motivations all of the time, it’s clearly impossible to try and determine who is authentically religious and who is not. We shouldn’t even try. (It will also vary for a given individual based on time and cirucmstance.) But both the size and nature of those departing the faith today indicate to me that we have an authenticity problem, broadly speaking. When New Order Mormons seek to maintain their cultural ties with genuine nostalgia and love they are turning the old “leave the Church, but can’t leave it alone” phrase on its head. These are not angry apostates from Mormonism, they are converts to a new faith who still look back with fondness on the old. I have friends and family who have converted to Mormonism from other faiths, and they often treasure their traditions and heritage despite embracing the Restored Gospel, often incorporating elements of the old with the new. The only difference is that, for those Mormonism who convert to scientism, they don’t even recognize the religious nature of their new conviction, and so they see no reason not to continue to identify with the old.

The question of religious authenticity in Mormonism could easily fill a post all its own, but another way to phrase the key question is this: do we do things for their intrinsic worth or as a means to an end? Do we follow commandments out of fear of consequences or because they are the right things to do? Inauthentically following the Church of Jesus Christ can still make you a better person insofar as you are following a set of rules that are designed to emphasize restraint, virtue, and service. Sometimes we rely on selfish motivations to do the right thing when we want to do what’s right but can’t summon enough righteous desire. (I call this doing the right thing for the wrong reasons for the right reason.) Inauthenticity, like sin, is omnipresent and we can’t pretend otherwise.

But the world has changed. Prior to the rise of scientism, Mormonism grew steadily and was generally a force for good in the world and in the lives of its adherents. That’s not enough anymore. For Mormonism to continue to thrive admidst the rising tide of scientism we will need to be able focus more intently on authenticity. This means both addressing the paradigm shift of secular relgions head-on and also understanding that our own discipleship is meant to be full of joy, but also suffering and work, and that a full religious life is not one that is devoid of tragedy, sin, or doubt. Only then will we not be surprised by the “fiery trials” which–so different in the 21st century than the 1st–continue to surprise.

[Note – I accidentally published a working draft instead of the final draft of this post earlier today. It garnered 2 comments before I was notified of my mistake. I unpublished the post, copy-pasted in my final draft wording, and then re-published it. I apologize for the confusion.]

← On Scripture Changes and the Bible Dictionary(s)
Literary DCGD #10: Friendship →

73 comments for “Mormonism and Secularism: Fiery Trials and Surprises”