Is it possible to be a jerk for Jesus?

If someone believes that God’s laws prohibit women from wearing pants to church, should they physically threaten those women? Is that an act of righteous reprimand and belief, or as a very serious overstep?

If an internet writer vigorously responds to harsh attacks from critics of the church, but these responses are often laced with incredibly foul misogyny, should other church members support or distance themselves from those remarks?

What makes Mormons — normally among the nicest people on the planet — suddenly feel compelled to lash out with as much meanness and vitriol as they can muster towards women who are perceived as violating cultural norms?

Can an excessive focus on boundary-policing result in less Christlike behavior?

When somebody is convinced that God is speaking through their mouth, are they quicker to act like an ass?

There’s more than one answer to these questions, pointing in crooked line.

Love one another but hate your family. Turn the other cheek, but cast out money changers. Mock the idolator but don’t ridicule others. There is ample doctrinal foundation for a variety of approaches, and the statements and principles here can be bafflingly inconsistent — not unlike human behavior.

Can somebody be a jerk for Jesus?

Or are they ultimately just being a jerk? 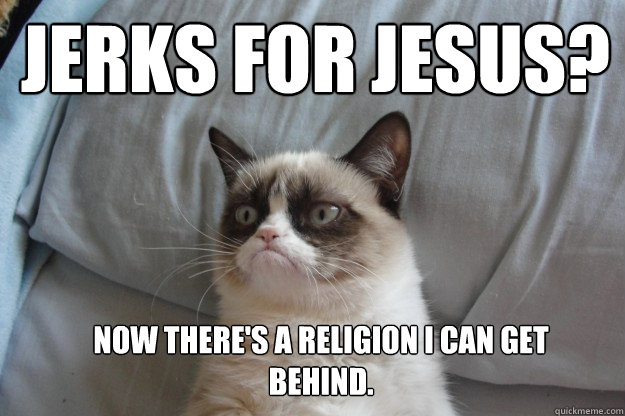 ← The Problem With Correlation
Al-Ghazali, Galileo, and Pope Benedict’s Critique of Secularism →

54 comments for “Jerks for Jesus?”