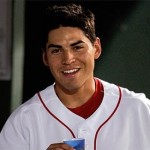 I’m late preparing this information for 2012, but since I’m going tonight to a game for the first time this year, I thought I’d better get this information together and post it. After a good year last year that saw two Mormons in baseball’s All-Star game and at one point perhaps 13 active players who are Mormon, the prospects for this year look promising, but not at the level of 2010.

The two Mormons who made last year’s All-Star teams (both apparently inactive) are still the best of those on the field. Roy Halladay continues his fantastic pitching performances, which lowered his ERA last year (although he didn’t pitch any no-hitters, unlike in 2010, when he managed a perfect game during the season and a no-hitter in the post-season). And Halladay continues his dominance so far this year—his ERA as of this morning was just 0.60!

Boston’s Jacoby Ellsbury also had a stellar season last year, hitting .321, his best full-season average so far. Unlike Halladay, however, he’s had a slow start, hitting just .130 over 6 games. Still, it is reasonable to expect a great season from Ellsbury as he works his way back to his potential.

Some shifting occurred  among these players. In one of the more unusual, the Baltimore Orioles traded their pitching ace Jeremy Guthrie (a returned LDS missionary) to the Colorado Rockies for Matt Lindstrom, a relief pitcher (and also a returned missionary). While I think that trading one Mormon for another may have happened before, I doubt that it is very common. I wouldn’t be surprised if it was the first time one returned missionary was traded for another, though!

If you follow baseball, (and maybe even if you don’t) you may find it interesting to know which players you see are Mormon, and who might make it to the Majors this year. The team you follow may include a Mormon player you don’t know about, or you might like to know about the Mormon players on visiting teams.

My own lists of Mormons who have played in the Majors include about 75 Mormons (including inactive LDS Church members and others with Mormon heritage) who have played in the majors. This is my fourth compilation of those Mormons who are actively playing in both the Major Leagues and in the Minor Leagues. I’ve managed to find a lot of additional information, especially on Mormons playing in the Minors, and I’m indebted to many readers and commentators here on Times and Seasons, who have provided valuable information expanding my lists.

So, here is a quick guide to the Mormons on major league rosters, or who are listed as being on minor league teams at this time, and therefore may be brought up to the majors during the year or in future years:

Minor League Players who may make the majors:

Players who may be Mormon: