I had a university professor who lived in Iran and ran a television program dedicated to classical Persian music prior to the Islamic revolution. He spent a lot of time during the seventies crossing sketchy borders into various ‘Stans. One of his tools for successful border crossing (not to mention survival) was a pamphlet he wrote himself, highlighting similarities between Mormons and Muslims; things like a founding prophet, directly revealed scripture, fasting, and polygamy. I was intrigued by his comparisons, and this class was one of the many things that prompted me to study Arabic and learn more about Islam. 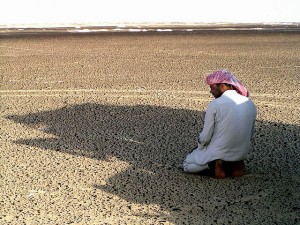 It’s sad to me that so many Mormons (like Americans in general) have negative and badly stereotyped views of Muslims. As adherents ourselves to a religion that often seems to get more than its share of unfair and unfounded criticism, we can afford a deeper look. During the time I’ve spent in Muslim countries (and with Muslims in this country), I have noticed quite a few points in which Mormons and Muslims have more in common than either group does with other denominations of Christians.

Another fairly obvious similarity is our emphasis on modest dress. When I lived in Damascus, I never saw form-fitting or revealing clothing—except in the Christian quarter of the city, where cleavage was as ubiquitous as crosses, and jeans were worn as tight as humanly possible. The Muslims, on the other hand, whether they wore head-scarves or not, generally dressed modestly. My Muslim friends who wear the hijab (the general term for a Muslim head covering of any sort) say they view it as a way of respecting both themselves and Deity. They typically describe it as an outward expression of their inner commitment to God. Sound familiar?

It is true that in some countries and cultures the hijab has become a tool of repression, used to keep women within limited, pre-determined roles and force them to take responsibility for curtailing male lust. Unfortunately, I’d have to cite this as another similarity between our culture and theirs, considering the number of lessons I heard in Young Women’s about dressing modestly so I didn’t give the boys bad thoughts.

Interestingly enough, during the ten months since the peaceful revolution in Tunisia, usage of the hijab has increased dramatically. For the past fifty-odd years, wearing it had been discouraged. One dictator infamously called it a “dirty rag.” Those who wore it could be barred from universities, intimidated, and even arrested.  Now many Tunisian women, especially the young, 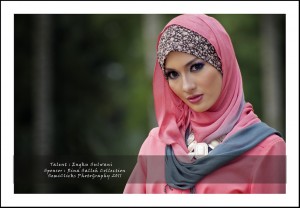 are exercising their newfound freedom to practice their religion as they see fit, and wearing the hijab.

It has been suggested that the increase is a mere fashion trend, devoid of real religious commitment, and inspired by glamorous new styles available via the internet from the Emirates, which may be partially true. (Yes, I admit, I can see the fascination of the hijab myself.) Still, when a sixteen-year-old decides on her own (or in concert with her friends) that “modest is hottest,” I’m not going to be the one to discourage her.

Another fascinating area of convergence is our veneration for a founding prophet. No, we Mormons don’t worship Joseph Smith, but our Christian friends can perhaps be forgiven for thinking we do, especially when we sing songs like Praise to the Man, quote scripture originating with him much more often than the Bible, and even claim that he “has done more, save Jesus only, for the salvation of men in this world, than any other man that ever lived in it.”

For centuries, Muslims were referred to by outsiders as “Mohammedans,” and accused of worshiping their prophet. It is certainly true that they put as much emphasis on him as we do on our prophet. Their declaration of faith, the honest recitation of which is more or less the equivalent to a Christian baptism, states, “there is no God but God, and Muhammad is the messenger of God.” 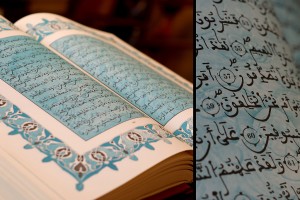 It was common, especially in the 19th century, for detractors of our church to compare Joseph Smith to Muhammad, and accuse him of planning to enforce “Mormonism” with the sword. The similarities between the two are striking. Both Joseph and Muhammad had seminal visions, spoke with previous prophets, and married multiple wives. Both envisioned and created physical as well as spiritual communities of believers. Each produced a famous holy book that became what we call a “keystone” of the new faith, although our Doctrine and Covenants is more similar in form to the Qur’an than is the Book of Mormon.

When I see my Muslim friends wash their hands before they touch their holy book, keep it on the top shelf above all other books, and hang beautiful quotes from it on their walls, I feel a renewed appreciation for the sacredness of the word of God, and I revere my own holy books a little more.

Another area in which Muslims inspire me is the practice of fasting. I was fortunate enough to spend Ramadan in a Muslim country this year. I’ve always been impressed by the idea that Muslims fast for an entire month, but the actual reality of it staggered me. Especially when that month was August, and the country was mostly composed of desert. 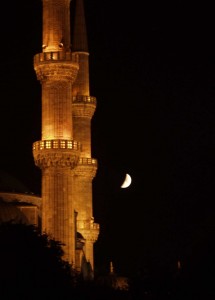 My Tunisian neighbors would find the New Testament injunction of “appearing not unto men to fast” quite odd. For Muslims, fasting is a community affair. Everyone knows that everyone else is fasting, and they all do what they can to help each other out. Talking about how hungry you are is both acceptable and common. Work slows down everywhere. People spend much more time with their families. It’s like a month-long holiday, in the original sense of “holy day.” Both families and communities draw closer together as they experience the trials and joys of Ramadan together. And I can only imagine the spiritual power that results from such sustained, communal devotion.

Last but not least, Muslims make great member missionaries. I’ve been invited to embrace Islam by both close friends and random internet acquaintances. The Muslims I know always seem happy to discuss their religion at the slightest provocation. I enjoy the novelty of being on the receiving end of an invitation to read a book and pray about it. I appreciate their candid willingness to share how their religion blesses their life, and how happy they (and I) would be if I converted. And I’m both amused and touched to see myself through their eyes as the “golden contact” I must appear.

62 comments for “Mormons and Muslims”