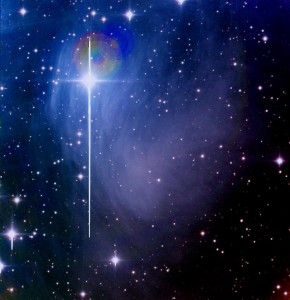 It’s late September and LDS high school students really should be back at school … and back at seminary. This year’s course of study is the Old Testament, which covers (or has already covered) Genesis 1 and the Creation. I hope LDS seminary teachers can teach Creation without teaching Creationism. But I fear some LDS teachers won’t or can’t make that distinction, so it is likely some LDS seminary students are going to go home this week thinking Creationism is the LDS view about Creation. That is very sad and sets up LDS kids to have a bad experience when they inevitably take high school or university science courses.

These are important questions. We need to teach our children well.

First, a couple of caveats. The topic of interest is Creation and the age of the earth, not evolution. Second, I am not really concerned with what Joseph Fielding Smith or Bruce R. McConkie taught a generation or two ago — that is about as relevant to LDS high school students in 2011 as sermons by Orson Pratt or Brigham Young in the Journal of Discourses. I am more interested in what the CES manual for seminary teachers says, what contemporary LDS publications say, and what LDS seminary teachers (both CES full-timers and the selfless volunteers who run early-morning classes) are actually presenting to students.

As to the first question, the CES Old Testament Teacher Resource Manual lesson that covers Genesis 1 contains the following statement, highlighted in bold font and with italicized terms:

The chapter on Creation in the CES Old Testament Student Manual (for university students, often provided to seminary teachers as a supplementary resource) actually discusses three theories of Creation: (1) Earth was created in seven days; (2) Earth was created over seven thousand years; and (3) Earth was created over seven “eras,” each of which could be “millions or even hundreds of millions of our years” in duration. The CES manual concludes that “officially the Church has not taken a stand on the age of the earth.” That is a surprising and welcome admission. [However, honesty requires me to disclose the manual’s favorable discussion of the theories of Immanuel Velikovsky in the Creation chapter — does *anyone* edit these manuals for content? Isn’t this the kind of stupid discussion that Correlation is supposed to remove from LDS manuals?]

Another LDS resource is the True to the Faith handbook, published by the Church. The Creation entry notes that “the Lord organized elements that had already existed. He did not create the world ‘out of nothing,’ as some people believe.” (Citations omitted.) This clearly sets the LDS view of Creation apart from the standard Christian view, shared by Creationists, of ex nihilo Creation. It’s worth noting that ex nihilo Creation is not the biblical view from Genesis 1, which describes God fashioning Earth and the universe from pre-existing matter (“without form”) or at least from pre-existing something. The idea of ex nihilo Creation was imported into Christianity from Hellenistic philosophy. The LDS view of Creation from pre-existing material is the biblical view.

I think these three sources are enough to establish an adequate response to my first question: Creationism (as that term is understood in contemporary discourse) should not be taught as LDS doctrine in LDS seminary or institute classes or in any other LDS setting. Any seminary teacher who has unwittingly taught this position as LDS doctrine should probably announce a correction to the class.

Here are a few quick links for readers who want a broader discussion of the topic:

The second question is harder to clarify: is Creationism, regardless of what the manual or other LDS references state, nevertheless taught to LDS seminary students? Perhaps readers can provide some reports of their own observations and experience. After reviewing the three LDS sources discussed above, I am more hopeful about what happens in LDS classrooms than I was before doing this curriculum research.

← A Mother There? Notes on Paulsen and Pulido
Statements on Heavenly Mother →

66 comments for “Creationism and LDS Seminary”