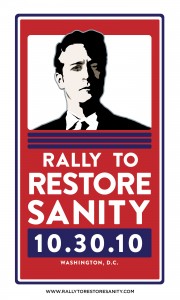 Last General Conference Elder Quentin L. Cook suggested that we need to improve the quality of discourse in our country, following the Church’s own statement of almost a year ago. And the suggestion may have drawn some action, since in July the Church-owned Bonneville Media’s radio stations started letting the most egregious of its talk show hosts go, including Sean Hannity. More recently, the Deseret News stopped allowing comments on news story pages and KSL dropped comments altogether on its website, all because of the lack of civil discourse. The overall message seems clear: “Take it down a notch.”

Of course, there is another impulse we all feel. I’ve often found myself wanting to go out and fight for a good cause; wanting to be passionate about something righteous. As a youth, that impulse sometimes came out as “righteous anger,” or so my Bishop called it; in what I think now was a polite way of telling me that I was wrong—surely such anger can never be “righteous.”

These days it seems like the passion for correcting the world is fanned into an anger motivated by fear and ideology rather than fact and reason. [As if it is urgent that everything get corrected now—reminds me of an XKCD webcomic.] But I’m convinced that the best way of approaching the evils and problems of the world usually isn’t the extreme. The answer to our immigration difficulties isn’t harsher and harsher laws. The answer to drug problems isn’t to lock everyone involved up. The answer to abortion isn’t to kill everyone that provides that service. There are ways of solving problems that don’t follow the most extreme reaction. And the best way to solving problems doesn’t lie in anger and fear and getting overly excited.

So I was pleased when the idea that our political discourse needs to be “taken down a notch” was one of the slogans for John Stewart’s “Rally to Restore Sanity” scheduled for October 30th in Washington DC. The rally is trying to restore civility and moderation in discourse. The website for the rally claims:

We’re looking for the people who think shouting is annoying, counterproductive, and terrible for your throat; who feel that the loudest voices shouldn’t be the only ones that get heard; and who believe that the only time it’s appropriate to draw a Hitler mustache on someone is when that person is actually Hitler. Or Charlie Chaplin in certain roles.

I’m not trying to hold up The Daily Show as some kind of paragon of virtue (or even dialog). Nor am I suggesting that the political views expressed there are even mostly ones I believe in. I do disagree with things said there often.

But, I do believe the rhetoric about this rally is a step in the right direction. It is, I think, about civil discourse and moderation. It is, I believe, on the mark. And, I hope that by showing up at the rally I can add one more voice to the call for reason and civil discourse. And perhaps even persuade those involved in political debate in our country to “take it down a notch.”

[If anyone else is planning to go to the rally, I’d love to know about it!]

← Credible Criticism
A Writer on Science and Religion →

102 comments for “Who Else is Passionate for Moderation?”