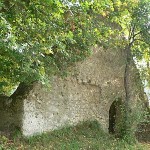 Mormon Studies could be headed for a rough patch, because the career paths that make professional study of Mormon topics at least occasionally possible are disappearing.

While the field has had some exciting developments, its recent progress has largely consisted of increasing institutionalization: new programs, newly endowed chairs, new academic conferences, and new graduate students with an interest in Mormon topics. But all of these are exposed to the fallout from economic downturn on university budgets and donor portfolios, and they are particularly threatened by the collapse of academic hiring in relevant fields.

If you haven’t been paying close attention to the academic job market, you might think that the current moment is nothing new; the job prospects in a lot of fields have been bad for 40 years. But this is the New Bad, with a slow year in many fields in 2008 followed by the cataclysm of 2009, soon to be followed, if the state budgets on which university hiring depends are any guide, by the catastrophe of 2010.

The old rules, for those whose only path to happiness lay in a field like English, were to attend a highly-ranked program, professionalize, publish, and prepare to move anywhere in the world in search of a job. There was no guarantee, but a dedicated student who followed the rules stood a reasonable chance of having the risk pay off.

Those rules are no longer operative. In many fields, the appalling truth is that graduate school has become something like trying to make it big in Hollywood, to be attempted only by those with trust funds or without family responsibilities. No one is counting on a quick turnaround. No one believes that the Not Nearly so Bad Old Days are ever coming back.

Mormon Studies is particularly affected in a few ways. The fields facing the worst of the downturn include those that are central to Mormon Studies, including history and religious studies. As fields contract and hiring becomes more competitive, the circle of viable topics for younger scholars is reduced. Innovative, offbeat, and inter-disciplinary topics (in other words, anything at all in Mormon Studies) become riskier. Fewer of those now in grad school (say, for example, your favorite JI bloggers) will find academic jobs. The jobs they do find will be less stable, and involve less support for research. Fewer of today’s undergrads with an interest in Mormon Studies will be inclined to risk grad school. With applications becoming more competitive as fewer students are admitted to many graduate programs, fewer of those so inclined will have the opportunity.

Even if you think these changes in American higher education are necessary or even salutary, they are changes that will exact a high cost on Mormon Studies. If I were organizing a conference to discuss the most serious institutional issues faced by LDS students in religious studies and associated fields, the existential threat posed by the disappearance of academia as a career would be high on the list.

26 comments for “Brother, can you spare a symposium?”