Could we make zion building into a hobby? Like scrapbooking, except that it requires a little more money. And instead of gathering memories in a binder, you would gather loved ones in a community. Anyway, here are some visual examples of intentional communities that exist here in the United States and Canada. 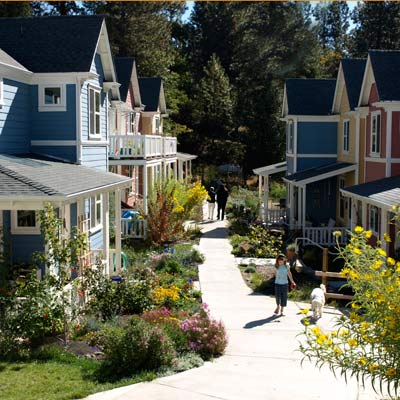 The above pictures are all cohousing communities. Another intentional community movement is “pocket neighborhoods”. Pocket neighborhoods are a compromise between cohousing and conventional suburban living. They have more privacy and less common property than a cohousing community, but the homes are still organized in a way to encourage community interaction. Here are some more pictures for you (these images all come from Ross Chapin Architects – http://www.rosschapin.com/Projects/projects.html):