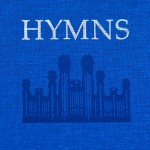 Music is a wonderfully enriching part of church life, both in worship services themselves and in church culture generally. It’s a blessing in many, many ways—including ways that are light-hearted and fun. Forgive me, then, for sharing the following not-so-serious and rather random stories with a musical twist.

(1) The ward where I grew up was blessed with a strong number of musically talented individuals, including organists, choristers, and singers. One of those in the chorister rotation was an older gentleman who was a retired professional musician. I’ll always be grateful to him for giving me one of my favorite church memories. Here’s the situation: the sacrament meeting went long, and the bishop announced that we would only sing one verse of the closing hymn. We sang the first verse of said hymn and everyone—bishopric, congregation, and organist—stopped and prepared for the closing prayer. Rather unfortunately, however, the chorister himself didn’t get the message. He loudly belted out the first word of the second verse entirely by himself. The split second it took for him to realize he was singing solo was probably one of the most awkward of my young life. He stopped singing with a horrified look on his face, that lonely note just hanging in the air. The poor man took his seat, crestfallen, as the congregation crackled with laughter. I would swear that even the bishop was chuckling during the closing prayer.

(2) During a stake youth fireside when I was a teenager, the speaker based his talk on the Police song “Every Breath You Take.” Instead of understanding the song as the creepy musings of a stalker, we were told to think of the lyrics as coming from Heavenly Father, who is watching over us in all circumstances. The speaker didn’t merely quote the lyrics; he brought a cassette player up to the lectern to play the music. He would play a clip from the song and then explicate its inspirational message for us. This lasted for at least 30 minutes. It was gospel according to Sting: well-intentioned but strange and, in hindsight, undeniably funny.

(3) A professor at BYU told a class I was in that he had saved the sacrament meeting bulletin in which the sacrament hymn was printed as “We’ll Sing All Hell to Jesus’ Name.” (This is, of course, a more-or-less orthographically faithful representation of how the word “hail” is pronounced in certain regions of high LDS concentration.)

(4) Another BYU professor apparently (this one is second-hand) offers his students extra credit if they bring him the bulletin from a meeting in which Hymn #121, “I’m a Pilgrim, I’m a Stranger,” was sung. (I personally cannot recall any meeting I’ve been in where it’s been sung.) Particularly priceless are the lyrics to the second verse:

Misty vapors rise before me.
Scarcely can I see the way.
Clouds of darkest hue hang o’er me,
And I’m apt to go astray
With the many, with the many
That are now the vulture’s prey

(5) A friend from grad school came to church with me once. This was one time where I wished our hymn selections had not included “In Our Lovely Deseret.” The line about “despising” tea, coffee, and tobacco is awesome in its own way, but it’s not exactly the best first impression for a curious non-member. (Fortunately, she was able to laugh about it with me afterward.) In its favor, though, this hymn taught me the word “affable.”

Feel free to share your favorite light-hearted music story in the comments.

← Reviving the Hebraic
Space (How It Looks) →