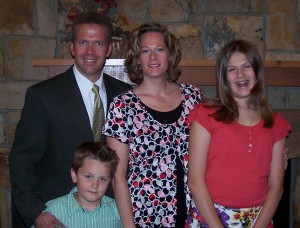 First, apologies for keeping you all waiting. The Choir’s Christmas concerts were last week, which was also the last week of BYU’s fall semester. This week I am in the midst of finals. And in the few moments I squeeze out, there are family Christmas preparations to make!

I am a complete neophyte to the Blogosphere, having hardly read much of it and having never contributed outside of a single stint on the Mormon Theology Seminar. Still, when my friend Julie Smith approached me, I told her there were two times of the year that I would be interested in participating: Christmas and Easter!

We’ll see how this goes and perhaps you will have me back for Holy Week.

Although some of the comments I saw posted to the announcement of my guest stint suggest that a few of you know who I am, I am not assuming anything . . .

So, although I do not know whether it is typical to introduce oneself, let me share some of my background and then what I plan to share with you this next week.

I did my graduate work in Classics and Ancient History at the University of Pennsylvania and then came back to BYU where I taught the full breadth of Classics (Greek and Latin language and literature, Greek and Roman history, mythology, civ, etc.) for nine years. Then, in 2003, I “got religion” as a result of writing an article on the Roman trial of Jesus in the Holzapfel-Wayment edited volume, From Gethsemane to the Resurrection. I had earlier “caught the bug” teaching Pauline Epistles and Johannine Writings as offerings of Greek 411R, but that article changed my life, or at least my career. Suddenly researching and writing about the minutia of Roman history did not seem as engaging as returning to one of my early loves, scriptural texts. So I made the switch from Classics to Ancient Scripture.

This has provided me a wonderful way to meld my vocational and avocational interests, for which I am grateful. Julie has noted some of my past and current Church opportunities; I would only add that I served my mission in Bangkok, Thailand.

Married to the former Elaine Scott, I share with her two wonderful children, Rachel and Samuel. Samuel is succeeding in his struggle with autism, a factor that I expect will play into a couple of my posts this next week.

So here is the plan: tomorrow I want to share my experiences in the Tabernacle Choir, specifically with the recent Christmas concerts and how I feel music adds to the spirit of the season (I waited until after the concerts, because the Choir prefers that members not comment on Choir activities before, or even during, them). Then, hopefully on Friday or the latest Saturday, I want to share some thoughts on the last Sunday of Advent, since Advent observance is part of our family’s central Christmas traditions, one that has paid surprising benefits with our special needs son. Then, next week, if you will pardon my veering academic, I plan to walk through the infancy narratives, first Matthew, then Luke, then a discussion of the perils of harmonization, and then end with a Book of Mormon Christmas.

Hope that some of this will be vaguely interesting to someone out there! 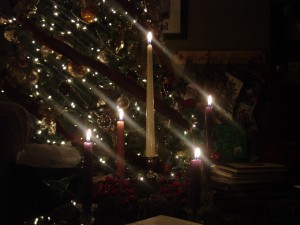