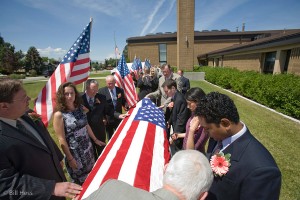 from Bill of Wasilla, who writes:

Dad is the man who lies in this flag-draped coffin. I will not say too much about him for now, except that he was a good father and that, thanks to him, and many more like him, most of them gone now, the evil dream of a man named Hitler died in flames and blood.

One more photo follows the jump here; there is further discussion and photos at Bill’s blog today. 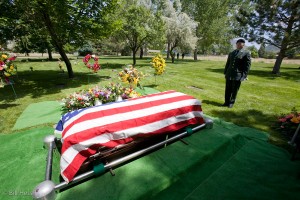 This photograph is part of our ongoing series highlighting Mormon images. Comments to the post are welcome. In addition we invite you to submit your own images to the Mormon Image series. Rules and instructions, including submissions guidelines, can be found here.

7 comments for “A Mormon Image: Memorial”