After nearly 40 years in the wilderness, HUAC is back in style!

The Hanks Un-American Activities Committee is ready to shed “a little bit of light” on the un-American Americans who are “responsible” for Proposition 8. 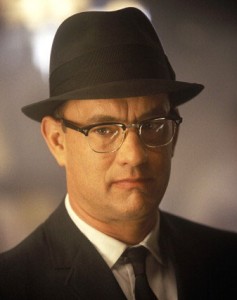 I wonder if we’ll have Hollywood blacklists this time around?