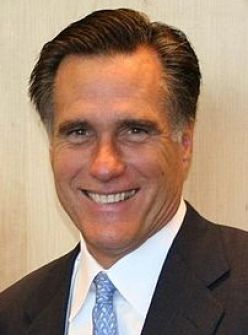 After careful consideration, the staff of Times and Seasons has selected Mitt Romney as Mormon of the Year, our annual designation of the Mormon who had the greatest impact or influence on Mormons and Mormonism in 2008.

During 2008 Romney concluded the most credible presidential campaign of any Mormon to date and dominated the U.S. national news early in the year like no single Mormon has in recent memory. He garnered a great deal of both praise and criticism, gaining him significant endorsements as well as important detractors. Remarkably, his supporters included many Evangelical Christians, which helped break down the unfortunate views of some Evangelicals toward Mormons. Also on the international scene, numerous press articles mentioned Romney’s membership in the Mormon Church, thus contributing to the image of the Church abroad.

Romney was not merely a very visible Mormon, however; his Mormonism was a major influence on the course of his campaign, in both positive and negative ways. Many called for Romney to distance himself from his religion, as JFK had done many years earlier. Instead, Romney responded by articulating the values he shares with many other Americans, which his faith supports, and by articulating the importance of all faiths in the life of the nation. Romney’s public image was inextricably tied to his Mormon beliefs, and this faith, which drove a myriad of storylines, appeared to contribute to the unease with him as a candidate, helping to derail his presidential hopes.

Times and Seasons has covered Mitt Romney before. You can see a list of posts that mention Romney here. However, given Romney’s continuing political participation and assumed aspirations, this recognition should not be seen as an endorsement of his political positions or aspirations.

The Mormon of the Year designation is a recognition of the effect that the person or group of persons recognized has had during the past year. It is not a prize or award, so nothing of value is being given to anyone as a result of this designation, and it is not necessarily meant to honor the person or persons recognized, so no effort will be made to contact or notify Romney.

We were very pleased by the interest in selecting the Mormon of the Year. The Times and Seasons readers nominated 21 possibilities in addition to the original 5 in the post. We learned a lot from those nominations, especially the range of our readers’ beliefs and feelings. We even learned about some Mormons who have done significant things and really deserve to be on a list of possible Mormons of the Year.

The LDS Church’s First Presidency (including the Prophet) and Quorum of the Twelve Apostles were excluded from nominations because their overwhelming influence would mean their selection every year. In many ways each of them, and especially the Prophet, are always the Mormon of the Year.

We also appreciate those who dropped by and participated in our online vote, which taught us a lot about the passion that many people have for their friends and those that they admire. Nearly 5,000 people voted in our poll, often coming from outside the bloggernacle, from fan sites associated with some of those nominated. We hope that those who dropped by enjoyed Times and Seasons and will drop by again.

Please plan on participating in next year’s Mormon of the Year nominations and designation. I’m sure that many of the nominees will show up in next year’s process, and those of us who were unfamiliar with some of the nominees can use that time to become more familiar with them. Certainly we will re-nominate some of them next year, if others do not. And, many of the fan favorites will get more attention in the coming year, since without a major election in the U.S., politicians aren’t as likely to be nominated.

← Call for Papers: SMPT at Claremont, 2009
The Totality of Mortality →

62 comments for “Times and Seasons 2008 Mormon of the Year: Mitt Romney”